Paul Mariner – The Man With The Plan 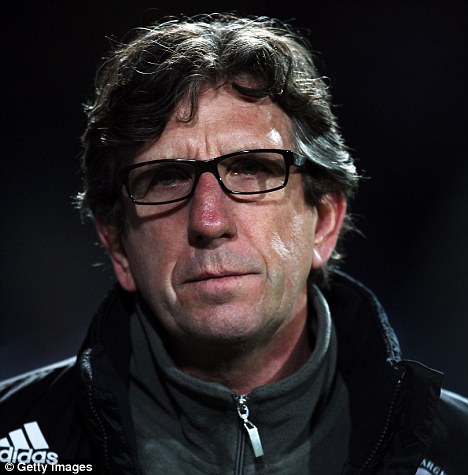 In a brief chat I had a number of weeks ago with a senior TFC staffer I stated to him that I was a bit surprised that Paul Mariner was keeping a bit of a lower profile in this new management structure that came into effect this year than I thought he was going to at the outset. The official replied that I should not let that relative lack of visibility let me think that Paul was not working hard behind the scenes to improve the club and the product on the field.

And in the coming weeks we will of course see some of the fruits of his recent labours.

The most recent rumours out there are linking Canadian International and tall target man Rob Friend to the club along with German International Torsten Frings. Like any player rumblings published in the European media during their collective off season there is much more noise and B.S. out there than there is actual fact. Believe what you will… We will see in the coming weeks. I for one will wait for the obligatory picture of the player holding up the jersey on the TFC website before I believe any of these rumours. And for your sanity I would recommend the same.

As I see it the balance that a man like Mariner needs to try and find in the next few critical weeks is between reinforcing the squad, and reinforcing the aspirations of an impatient fan base by the way, along with finding a way to improve the squad long term so that in seasons ahead the club has a better chance than now to compete in MLS for honours. And finding that exact balance is going to be a huge ask. If they for example go the “DP route” and sign a couple of high priced reinforcements from outside of MLS that might or might not work out then most of this season’s resources are committed to a couple of rolls of the dice that could either succeed or fail. Or more lower priced players from places like South America or some of the smaller European leagues that might look the longer term solution for years ahead might be Mariner’s exclusive tactic in the coming months to try and improve the squad.

With the recent recall of Alan Stefanovic back to Italy by Torino there are even more cash resources available to TFC to use to reinforce the squad that is without a doubt desperate for reinforcement. I did some rough calculations in this space a while ago now where I guesstimated that the club probably has somewhere between $600,000 to $700,000 in combined salary cap and allocation space on the books today that could be used for reinforcements. And with Stefanovic going home to Italy that frees up about a bit over $100,000 more in cap space with him off the books.

And to cloud the murky waters even further on Monday Toronto Sun Soccer reporter Kurt Larson is reporting that Designated Player Julian de Guzman has yet to report back to TFC since the end of the Gold Cup for Canada almost a full week ago. Yes he very well may be injured but if he is should he not be back at his club undergoing treatment and supervised medical care? If some recent rumours are to be believed this could even be the beginning of the end for his tenure in Toronto as there have been murmurs about him wanting to either leave or retire and head back to Europe. This, if true, could free up another designated player slot and roughly $200,000 in cap space assuming that he leaves the club soon on favourable terms. Again that takes the guesstimate up to perhaps as high as $1,000,000 in cap/allocation space that Mariner has at his disposal.

So having established two things here, namely transfer rumours are just rumours and that there are some resources at hand to reinforce the squad, with the addition of the fact that the club has been undoubtedly struggling to be competitive in MLS, and with a much higher than normal amount of debilitating injuries to deal with, there will undoubtedly be new players on the way when the transfer window opens up again in July.

If I was to guess the approach he will likely take is one that will probably see a striker of some pedigree come to the club to try and address the problems of depth and quality TFC has had at the position. That will likely take a Designated Player slot in order to attract a player of enough quality to fit the bill. The rest of the cap space at hand I think will be used on centre backs and some increased depth and quality in the midfield.

Saturday’s loss was indeed a blow to TFC’s relatively slim playoff hopes but I do not think it will change in any way the plans that Paul Mariner has in mind for adding new players to the Toronto FC roster. The only thing we all can do now is to relax, take every rumour with a grain of salt, and see how it all shakes out in the next few weeks.

The days of TFC fans perhaps wondering what exactly Paul Mariner has been up to are about to come to an end.