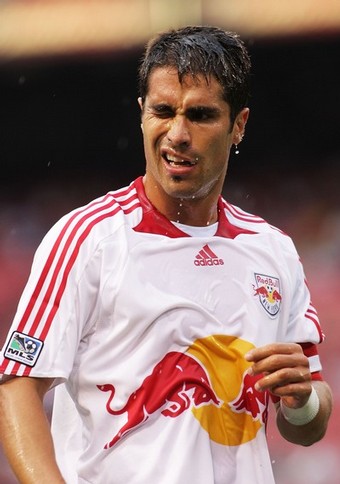 If you remember back to the start of the 2010 MLS regular season there was considerable doubt that the season was going to start on time as there was talk of a strike by the Major League Soccer Players Association. Luckily for the good of the game there was a deal struck that saw some things change in MLS. Specifically there was the rule change allowing three designated players per team. And a much less well known provision of the  new contract started in earnest late Friday with the release by MLS of the list of players eligible for the Re-Entry Draft next week.

Now unlike most of the other major North American sports leagues (NFL, MLB, NBA & NHL) there has never been anything close to free agency in Major League Soccer. Until this new collective bargaining agreement kicked in this year that is. Now a very limited form of free agency exists, kinda sorta that is. And from the perspective of the players it begins to address a very unfair system that existed previously.

Case in point. Former Kansas City Goalie Kevin Hartman, who eventually ended up with FC Dallas this season, was released by KC late in 2009. The then Wizards decided that he was not someone they wanted back and they cut ties with him completely.  However Hartman was not allowed by league rules to try and sign on with any other club without Kansas City agreeing to a deal even though the Wizards had no intention of keeping him… they still controlled his rights. The deal that brought Chad Barrett to Toronto FC was also analogous to Hartman’s situation as Toronto controlled the rights to Brian McBride, who did not want to play anywhere else other than Chicago, and Mo parlayed that situation into Chad coming to TFC. This inflexible system has been scorned by players who felt that this type of arrangement was grossly unfair to them, particular to long serving veterans. MLS, being a single entity league is of course keen to control salary costs with a strict salary cap and has resisted to date any significant changes that would lead to higher salary expectations from its players.

So a compromise of sorts was reached. Which brings me to the list released late Friday by the MLS of the 35 players eligible for the forst re-entry draft. Without bogging you down in all the details these are all veterans that are eligible  for this new process. Here is the list:

It is a little complicated so I will try and keep it as simple as I can. There are two rounds of this draft with the first taking place on December 8th. Non playoff clubs pick first worst to best and then playoff teams choose going from last to first. Expansion clubs Vancouver and Portland choose last. TFC for example chooses sixth.

Lets use Guillermo Barros Schelotto From the Columbus Crew as one example. Lets say hypothetically that Chivas USA decides to pick him up in round one. If they draft him they have the chance to offer him a deal that is slightly higher than the one he had with Columbus in 2010. If they can’t agree to a deal in this example  Chivas still holds his rights. If he was out of contract  (which he is not) he would be free to do as he please and Chivas in this case would gain nothing. And unlike previous years Columbus gets nothing in return if he signs elsewhere. Pretty simple….

Round two works much like round one with one exception. The contract terms that can be offered to available players selected in round two are slightly less restrictive than they are in round one with players able to accept if they please to do so deals lower than what they received in 2010.

If a player on this list of 35 is not chosen in either round of the draft then they can sign with anybody for any amount  and/or term they can collectively agree to…. Free agency at last!!!

From a TFC perspective there are a few names that might be of interest but I do not think that TFC will go after anyone at all in the first round. With getting ten players off the books and freeing up precious cap/allocation space over the past week it would be surprising if they committed a big portion of those dollars to an expensive veteran like Angel, Schelotto or Conr

ad. They might take a flyer on an inexpensive player in the first round but there do not look like there are too many bargains available.

If TFC is to take any of these players I think it will be in the second round if at all, as a second round choice might come cheaper than the same player in round one. I would hope that TFC is at least considering Juan Pablo Angel as an option. He can be has for about $2 million as a designated player and although older he is a proven commodity in this league and he could go a long way towards solving one of the primary needs this club has had since day one, namely a bonafide goal scorer. We will see next week.

Your comments are always welcome and appreciated.