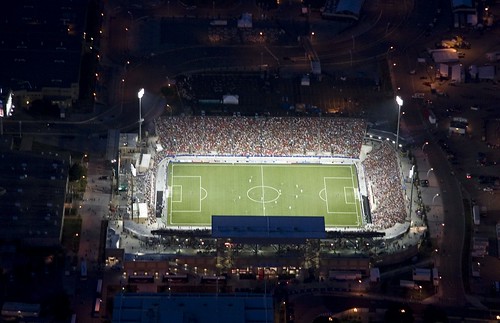 I have to confess that terrorism was just about the last thing I ever thought I would write about in this forum. That is of course until the events in Boston that started unfolding on our television & computer screens Monday.

At the Boston Marathon this past week two alleged bombers set off home made, yet sophisticated, bombs close to the finish line that killed three (plus sadly a police officer shot and killed on Friday during the manhunt to apprehend them) and wounded well over a hundred, some severely enough to have limbs amputated. Many are still in hospital. Lives have been lost and dozens of others have been perhaps irrevocably broken forever, physically or emotionally.

As I write this of the two alleged perpetrators one is dead and the other is in custody and the city of Boston can finally get onto trying to grieve, heal and getting itself back to some sort of normalcy.

Boston was actually the first ever ‘Big’ city I ever visited as a child and I have always had a soft spot for it ever since. I hope that the grieving brings peace, the healing happens fast and that normalcy, such as it will be from here on out, returns sooner rather than later.

Closer to home one of the first things that struck me about this tragedy was that it was going to have a real impact on the fan experience when attending sporting events going forward. And I am not just talking about BMO Field – I think that every sporting event that draws large crowds in North America will see security measures tightened, a more overt security presence on display and perhaps a lower tolerance on certain kinds of fan behaviour.

Sadly this is a by product of terrorism. Terrorists not only seek to kill and maim they also want to force the citizens of the nations they attack to start to have doubt, fear and anxiety in their hearts. Many of us attending large sporting events will perhaps entertain these sorts of thoughts and fears.

And I do not envy the TFC front office during this new normalcy. They are responsible for the safety of upwards of twenty thousand people and hundreds of employees every time they open the doors. Its a huge responsibility. Unlike the Boston Marathon however the stadia and arenas we watch professional sports in are gated and there are processes in place to control access to the facilities. No such facilities or procedures or security screening was in place in Boston, nor could there really be for an event run on the city streets.

I am not worried too much about any problems taking place within North American sports venues like the one that we saw unfold at the Boston Marathon. However there will undoubtedly be an increased and overt security presence at upcoming games even if just to put customers minds at ease. I also think that the teams, including Toronto FC, will probably not be too tolerant of any significant tomfoolery on part of fans.

With all this in mind I reached out to the team earlier this week to ask for a formal comment on what if anything the club intended to do differently security wise starting Saturday versus Houston. Below is what I was told:

“MLSE takes the safety and security of our fans and employees very seriously at all events across all of our facilities. We work very closely with Police, local authorities and league security on a regular basis. The appropriate security measures will continue to be in place, as always, at all of our events.  For obvious reasons, we will not identify those measures but we will continue to be extra vigilant inside our venues and also in the surrounding areas.” (Mike Masaro – Toronto FC)

So expect more pat downs, more bag searches,expect longer lines and a longer than normal amount of time to get into the ground than before this week’s tragic events. If that’s the price to pay for our collective safety fine by me. All I ask is that the security staff implement the rules, as they exist, fairly and evenly and most importantly CONSISTENTLY.