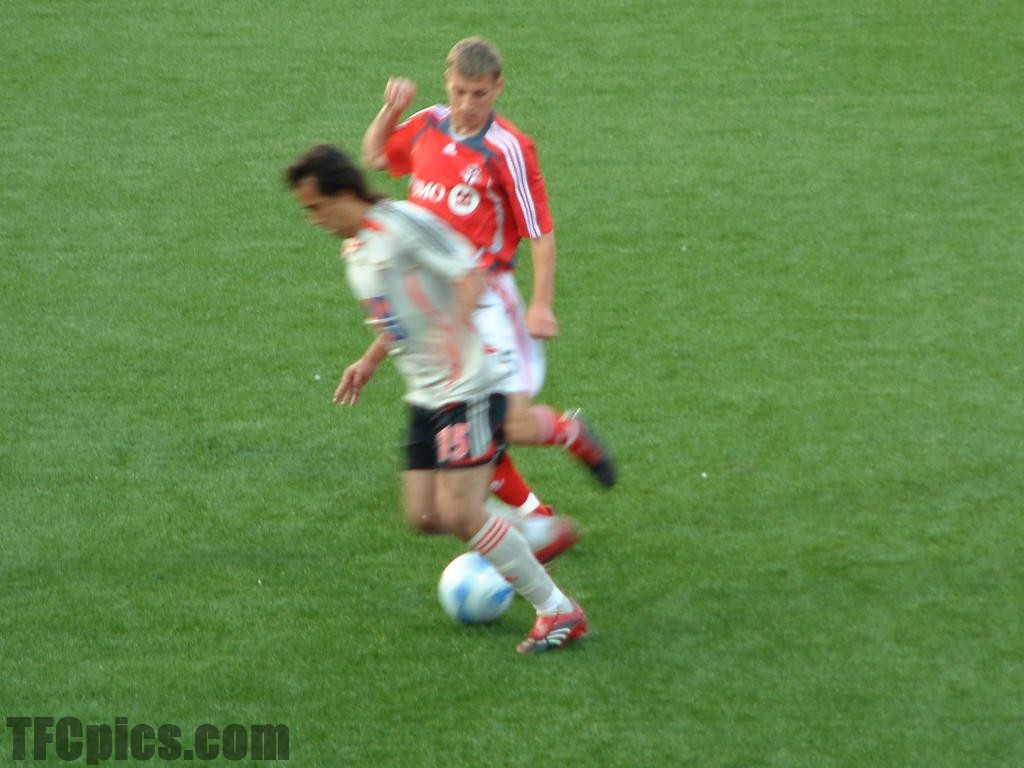 I liked them once, at least for a while, but not anymore I don’t.

Back when TFC was new and back when my season ticket package contained a blank ticket for the “Carlsberg Cup” with the opponent listed as TBD (To Be Determined) and back when results did not matter as much as they do now after five seasons of relative futility, it was exciting to see Aston Villa rather than just on TV! It was great seeing Bolton too and it felt kind of exotic to see Independiente. And I have to confess that it was especially cool seeing one of my footy favourites (Rui Costa of Benfica) in the flesh before he hung up his cleats. And not getting dinged extra for the privilege certainly had to be a factor in our collective enjoyment of those matches as well.

But the Real Madrid thing soured it for me. Not only were many thousands of supporters priced out of the building for the Madrid Friendly (face value seats of well over $100 per person were the average if I recall) and not only that the team decided to move a competitive league match to accommodate the Galacticos that eventually led to the team essentially choosing to put spectacle over success in the league on that specific occasion.

Previously Ronnie O’Brien (an early favourite of mine) had his promising season snuffed out back in 2007 when he injured himself  in a friendly. I was willing to forgive and forget that unecessary accident considering that I did not expect much from an expansion side in year one results wise. But ask yourselves this question, would you forgive and forget a Joao Plata or a Torsten Frings for example getting injured against Liverpool this summer in another meaningless friendly?

Because if reports are to be believed Toronto FC is going to play another friendly against Premier League side Liverpool later this summer reportedly at the Rogers Centre. And the move earlier this season to reschedule a home game to September is now likely being done to accommodate Liverpool’s schedule.

And even if the club take the business lessons learned from the excellent job they did with the LA Galaxy Champions League game at the Dome (low enough prices to fill the stadium, good promotion of the event, giving the supporters groups/season ticket holders an advance window to purchase) I for one do not intend to go and I would encourage you all to join me in not giving this type of thing any support or further encouragement.

And the old argument that these types of events/spectacles increase the number of TFC supporters and may even increase the TFC fan base over the long term is a load of tired crap as well. Seeing the Real Madrid or Liverpool scrubs demolish our club only perpetuates the stereotypes that many fans of European clubs and the European club game have about TFC and about the league over here, namely that is it a second class team in a crappy little league not worthy of anything more than their collective snobbery.

Anything that gets in the way of the results for this team in the league after five seasons of the dreck we as paying customers have had to endure should be vigorously shouted down.

If TFC wants to bring Liverpool here to play another team from Europe or South America then I am fine with that, but having the Reds involved in nothing more than a cash grab that actually has the ability to impact negatively on what we all want for this club, namely SUCCESS IN THE LEAGUE, would be a huge mistake and a gross misjudgement of what the die hards that have been there since the start and who will be there when the winning eventually comes, actually want.

I get that Toronto FC is a business and that they need to turn a profit, but grabbing for extra dollars in such a callous way against the wishes of your most dedicated customers would only make what has been a bad period for this team much much worse.