Too Little Too Late! 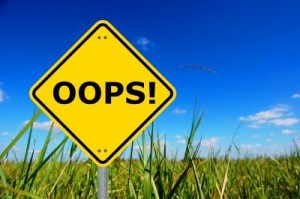 Toronto FC removed two Champions League games from their 2011 MLS Season Ticket offering today in an attempt to try and quell much of the anger from supporters that feel that they have yet again been gouged by Maple Leaf Sports & Entertainment, and of course to try and jump start slower then expected seat renewals. In a nutshell all they did was remove two games that TFC may not even qualify for to try and lower the price of season ticket packages and hopefully increase the renewal rate. For example Supporters Section seats will drop by $38 to $395 for 2011. The only other change was the fact that the deadline for renewals was extended by a week to October 22nd.

It is too little too late.

Season ticket renewals are obviously not going well. Renewal rates are likely way lower than projections. Many fans are undeniably angry. Many feel they are being asked to swallow again yet another round of gouging from MLSE when the results on the field do not warrant anything near it. I guess you can take your pick as to why, but without a doubt the actions today of Toronto FC to change their season ticket packages and the pricing of the packages themselves is almost unprecedented.

Without a doubt TFC has made a huge mess of things here, and their response to that anger is a cosmetic change, nothing more. None of the valid fan concerns out there were effectively addressed in any meaningful way.

MLSE front man Tom Anselmi admitted as much yesterday to Toronto Star reporter Daniel Girard, when he was quoted as saying that Toronto FC had “… screwed up royally…” with how the season ticket renewals for 2011 were being  handled. Whether Anselmi meant that they messed up on including the MLS Cup in the packages, including Champions League games that TFC may not even qualify for, or most importantly raining prices once again after what is now four years of on field futility for the most part remains to be seen. And of course it remains to be seen if the changes announced today will  go far enough or not to keep the stands full for 2011, and for that matter, beyond.

And with due respect, the chan

The two games removed to lower the price of the seats are matches that TFC would need to win the Voyageurs Cup in 2011 to even qualify for. If TFC does qualify for the Champions League again as in previous years many supporters will likely buy these tickets anyway. So there is really no discount per se in the change announced today. The increases in seat prices per game for 2011 were not lowered or eliminated. There was no mention of the MLS Cup still being part of the package.

Frankly there is a large segment of the fan base out there that will not be satisfied with much of anything that Anselmi has said and few will be satisfied with this, and you can count me among them. And two of the larger supporters groups are planning action at the last two home games of the season to try and show their displeasure with what is happening both off and on the field. The North End Elite stated today that they will be sitting and not making one bit of noise for these next two games. They state in a release today that they feel that they they have had enough of MLSE using them and the atmosphere in the stadium that they create  to market the club on one hand while refusing to listen to legitimate fan concerns on the other. The Red Patch Boys are encouraging their supporters to wear green to the games remaining this season instead of TFC red to represent what many of them say is the only colour MLE respects, which is the green colour of cash.

Ideally what I would liked to have see happen at the very least was for the club to apologize for the season on the field, and promise to freeze prices at 2009 levels. I know that was probably wishful thinking…because the bean counters cant seem to quantify fan loyalty and find a way to include it in their spreadsheets/profit projections. The MLS Cup inclusion in the package at this point is a mistake too late to fix. MLSE had seven months from when the MLS Cup was announced for Toronto FC to get out into the community and sell the event.  MLSE actively chose to include the MLS Cup in this package because they thought it was a simple cheap way to make more money. Why market the product when the Lemmings will buy it anyway?? And do not believe for a minute that the league wanted it that way. So by taking their fans for granted yet again they made the error of just assuming that TFC supporters would just show up. I have already stated my feelings on the MLS Cup so I won’t rehash them again. Suffice it to say there will be a lot of empty seats at the game in November, even if many of those empty seats are bought and paid for. I fear the MLS Cup will be a huge embarrassment for MLSE.

The changes announced today have disappointed me greatly. How a successful business like MLSE can be so deaf to the concerns of their customers is simply beyond me to understand. And to top it all off Anselmi announced that there soon will be meetings organized between MLSE and supporters groups to try and  reopen the lines of communication between the club and the fans that are obviously not as strong as they should  be. If anyone out there wants an entertaining time I suggest you try and get to one of thee meetings if you can, because the club is going to get an earful.

Engaged fans can see for themselves what this club can be if managed correctly both on and off the pitch. All they have to do is look west to Seattle for an example. TFC could become a perennial success in MLS and for the bottom line of MLSE if decisions like season ticket pricing are taken with more of a long term view for once. Yet I fear that the structure of MLSE as a corporate entity, where two of their largest shareholders (Teachers and TD) Bank are probably pushing for not only profits but profit growth annually, make it all but impossible to make these kinds of choices with any sort of long term focus…. It always can’t be about the next quarter can it?

The patient needed open heart surgery today. All it got from MLSE was another band aid.