When Mo Johnston and Preki were shown the door in September past the conventional wisdom that I and most other commentators agreed with was that the hiring of a new coach and a new general manager would be the biggest and arguably most important set of decisions in the short history of Toronto FC. And until this week I would have agreed with that assessment. However events can sometimes overtake conventional wisdom, and Dwayne De Rosario’s controversial “trial/tryout/training session” with Glasgow Celtic has in my eyes completely overtaken the search for a new coach and GM in its importance. 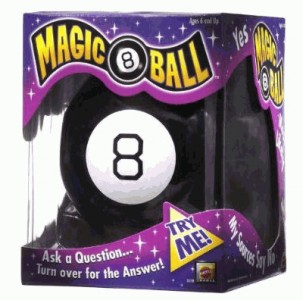 How Toronto FC handles the DeRo file in the next few days and weeks will set the tone for how this club is going to be run for years ahead. If TFC gets it right they may set the stage for success in 2011 and beyond. If they get it wrong this club could slide from troubled yet profitable franchise it is today into a money losing laughingstock that is irreparably damaged to its fans, the city as a whole and the league it plays in.

Before I get into what I feel this story means when it comes to the big picture I want to take a look at what the outcomes might be for De Rosario and TFC considering what has happened over the past few days. The outcome of all of this is as clear as mud today and we will all have to wait and see how it all turns out.

As I see it there are four possible outcomes:

DeRo’s wish to play at a big European club may or may not be a real wish on his part. Until we hear from him directly it is going to be guesswork on out part to try and understand his motives, and whether this is just a leverage tactic to help him get a more lucrative deal with TFC/MLS  or if it is the genuine article. He is in his early 30’s and this must be, if the real deal, one of the last chances he will ever get to play in Europe and get that lucrative payday he feels he deserves. The transfer window opens in a few days and the window of opportunity for him to secure transfer to a club like Celtic before MLS training camps open in about three and a half weeks is without a doubt a small one. Perhaps the fact that the time frames are so tight is the reason why this “trial” started without all the paperwork allegedly being properly secured.

From TFC’s perspective the faster this gets resolved the better. If there is a transfer that will take place to Celtic for example there is the matter of negotiating a transfer fee and the matter of how much allocation space MLS will give Toronto FC that the new management team can use to continue with preparations for the 2011 season. And from a public relations/credibility perspective the longer this goes on the more Mickey Mouse the club is going to look. Whether DeRo or TFC is at fault here is almost beside the point. The club must get this settled soon one way or the other so that it can move on with the literally dozens of other pressing issues it has to address between now and the start of next season, many of which probably will be impacted by if De Rosario is wearing Toronto Red come January or not.

DeRo gets a raise and becomes a DP

Without a doubt Dwayne D Rosario has been a good on the field performer in his two years in Toronto and in previous years in MLS. He is one of the better players to have ever suited up in this league and I must confess over the past couple of days thinking about how much worse things might have ended up in 20o9 and 2010 for the Reds if DeRo was not on the pitch working hard and scoring goals. The “Montreal Miracle” might not have happened. This season’s Champions League run might not have taken place. Replacing 30+ league goals on a club that has always struggled scoring would be a huge ask for any new General Manager.

He has lobbied hard publicly for a raise and the only kind of raise he can get at this point is a Designated Player contract, what he claims Mo Johnston promised him early in 2009. Giving De Rosario what he wants might be  just what TFC does in this case. Doing the calculus might see the club realize that his importance on the field is such that he needs to be placated. There is also the issue of fan discontent to take into consideration. We cannot forget how challenging the just ended season ticket renewal campaign was for this club. In the first time in club history there was organized and fairly widespread fan discontent that saw the team respond by freezing ticket prices for 2012 and taking some games out of the 2011 packages on offer. Part of the decision making process that TFC must be looking at right now is how much of an impact would an unhappy DeRo have on how the fans view the product on the field.

The other issue here is would MLS even allow it. As MLS is a single entity league that has to date generally frowned upon giving under contract MLS players a DP deal this is indeed a possibility. De Ro’s camp may cite the recent  DP contract for Seattle forward Freddy Montero as a precedent and they may be correct in doing so. But the reality here is that it is quite possible that no matter what either he or TFC may agree to, the league may kibosh the whole thing and state he has to play for what he is making now.

And perhaps most importantly in my eyes the primary issue of concern with giving in and renegotiating his contract is the precedent it sets. If De Rosario “wins” one can argue that the club loses. There is a well worn soccer cliche that states that no player is supposed to be bigger than the badge he wears on his jersey. And for the team captain to so publicly embarrass the club on a number of occasions over money yet still win by getting what he wants that precedent becomes more entrenched than it already is. What would stop any other player down the road to feel that he can too put the club he plays for to the sword to get what he wants as well of Dwayne wins today? In the years ahead all the players currently on the roster will have retired or moved on. There will be new players replacing them. The badge they wear remains. Giving in damages the badge.

DeRo gets nothing and has to return to TFC

Dwayne De Rosario is under contract until the end of the 2012 season. By MLS standards he is well paid. In Toronto De Rosario has been able to leverage his local notoriety and visibility that he has earned from being the face of Toronto FC into substantial off field endorsement and related business income that he would likely not be able to earn to the same degree elsewhere (in MLS or for that matter in Europe). Dwayne is making over $400,000 per season in income from Toronto FC alone and will have earned well over $1.6 million in total salary under the terms of his existing deal.

He is under contract. And the contract runs for two more seasons. De Rosario may not have any choice but to return and play out his contract with Toronto.

If this is the eventual outcome then the future becomes even more unclear. Will we  again see the Dwayne De Rosario that took the team on his back in Montreal in 2009 for the club’s first ever silverware or rather will it be the selfish jerk that chose to “write the cheque” in the match this season against San Jose? And will he be the on field performer he was in the past two years if, from a motivation perspective, he feels that he has “lost” his last bid for the cash he feels he deserves?

Will all be forgiven? Who knows?…

DeRo gets traded elsewhere in MLS

Toronto FC may decide of course that cutting their losses and letting De Rosario ply his trade elsewhere in Major League Soccer is the way ahead. I for one think this is probably the most unlikely outcome. If you are a MLS club that trades for De Rosario you are also trading for his contract, a contract he has repeatedly voiced displeasure with. There is also the factor of the value TFC can get in return for him and there might be too high a price tag/value placed on him by Toronto FC that may dissuade other MLS clubs from taking him on.

One thing unlikely to happen of course that some fans are speculating might take place on the message boards is that TFC might simply cut their losses and release him. Releasing him means that his deal still counts against the salary cap( i.e. Ali Gerba), hamstringing the new front office to build a successful club the way Mo Johnston’s inept cap management hurt the club from 2007-2010.

Without a doubt the relationship between Dwayne De Rosario and Toronto FC has been damaged over this issue with Glasgow Celtic. Reports over the past couple of days have also indicated that this issue could have even delayed the appointment of a new General Manager and Coach. It might mean that the reputation of the club could have been damaged to the point where potential candidates for the open front office positions, or for that matter players interested in coming here, might now be changing their minds if all they see is apparent dysfunction and possible ineptitude.

Whether the relationship between Dwayne De Rosario and Toronto FC has been damaged beyond repair remains to be seen. Whatever happens over the coming days I think the onus is on Dwayne to come out and speak publicly to the fans of Toronto FC clearly stating in no uncertain words what he wants.

TFC fans deserve an answer from both De Rosario and from the club! And this issue must be settled once and for all as soon as possible. Until it is addressed and resolved TFC will not be able to move on. And the status quo will lead to more years of failure and discord.

What do you think? Please feel free to comment below.