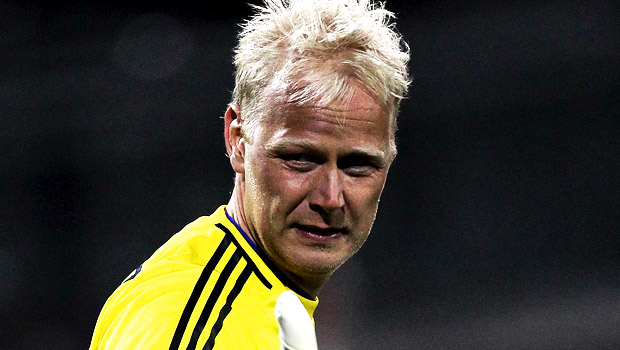 Toronto FC goes into the game tomorrow afternoon against the Kansas City Wizards on the back of not only lifting the Voyageurs Cup but of also dominating the statistics in those matches. In the last four weeks the Reds have played essentially one match every four days (MLS and CCL included). In that stretch TFC is undefeated home and away in those seven matches with four wins and three draws. Toronto have potted nine goals for and only conceded two against. Stefan Frei has notched up five clean sheets in the past seven games.

The story for Kansas City is very different. In the same stretch of matches as TFC, the Wizards have drawn twice and lost five times. They have scored six goals for and conceded eight. Their goal-tending replacement for the departed Kevin Hartmann, the Dane Jimmy Nielsen (who looks a lot like a hung-over Brigitte Nielsen from that Flava Fla

has only kept one clean sheet in those past seven matches.

So tomorrow we have two teams going into the World Cup Break moving in very different directions. Preki has Toronto FC believing in itself and his squad rotation policies over this very tough stretch have blooded pretty well the whole roster by this point in the season. With a couple of exceptions the club is relatively healthy and with the World Cup break upcoming there is every likelihood that Toronto will register a good effort, and hopefully, a good result tomorrow afternoon.

Kansas City is asking itself where the wins are going to come from and of course they are just coming off a horrible 4-1 loss to RSL. I think they will be pushing hard for goals tomorrow as their coaching staff tries to find something positive to take out of the game as they go into the break. If Toronto can keep KC off the score-sheet in the first 30 minutes tomorrow, or for that matter are able to put one past the hung over Brigitte Nielsen clone in net, then I think TFC should be fine and will likely end up on the better side of a 3-1 score. TFC has proven it can be dangerous, especially at home, on the counter. There will most likely be lots of opportunities and a lot of open space for DeRo and company to take advantage of, especially since Davy Arnaud is suspended for the match and defender Roger Espinoza is in South Africa with the Honduran national Team.  KC are lucky that designated TFC goon Martin Saric is suspended for this game for accumulated cards. To me the smart play for them would be to try and attack hard the Saric replacement (either Sam Cronin or the poor of late Amadou Sanyang, who was really poor on Wednesday) and make it hard for Toronto to get significant possession.

Before I get on with my weekend I want to go back to the momentum thing for a moment.  The challenge now for Preki is to of course find a way to not let his players get ahead of themselves with the World Cup break upon us. Believing the hype or their own press can sometimes lead to players forgetting what has made them successful to this point. Without a doubt in my mind, Toronto has a less talented club in 2010 than they had in 2009. However this season TFC appears to be in a better position to do well and perhaps make the playoffs for the first time in club history. Hard work from individual players and a disciplined style of play brought in by the new coaching staff has allowed the club to overcome the drop in individual talent and get through the hardest part of the season schedule in relatively good shape.

A nice 3-1 win at home tomorrow would a wonderful end to one of the best months this club has ever had in its short history and allow the club to go into the break on a high note.