TFC -V- Montreal : Can we #makeitfive 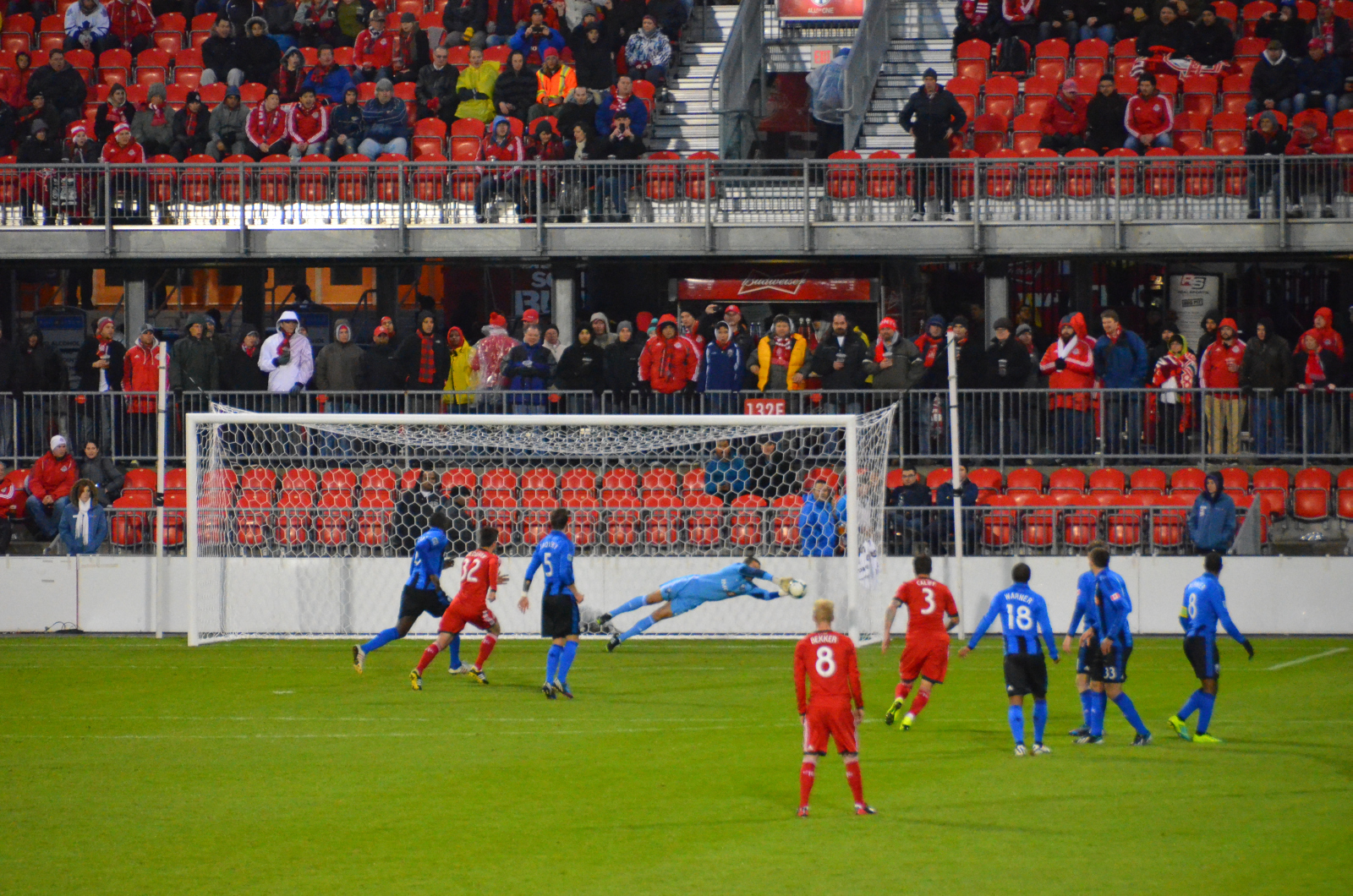 TFC started their defense of the Voyageurs Cup, and the push for a 5th straight title, with a 2-0 victory over Montreal at a windswept and rainy BMO field. Both sides fielded what was essentially their ‘B’ teams, with TFC starting 8 players under the age of 24, five of whom were young Canadians.

With the exception of a Bostock free-kick that curled wickedly towards the corner of the net but was well saved by Evan Bush, the first half was nothing to write home about (or to write here). It was a little sloppy, and although there was a lot of passing and moving that promised to look good if it worked, too often the final ball found a Montreal player or was just out of range of the TFC attackers.

The second half picked up early though with Doneil Henry blasting a shot from the edge of the box past a helpless Bush in 49 minutes. After this it was pretty much one-way traffic and TFC did manage to string together some nice play. They were still a bit sloppy, but more of the attempted passes seemed to work and they hassled and pressured for every ball.

Andrew Wiedeman would put the icing on the cake in 81 minutes. The young forward, who up to this point had a largely quiet game received a great pass from Luis Silva on the edge of the box and drilled it home for 2-0 and the win.

Henry and Wiedeman will get the plaudits for scoring the goals, but for me, the TFC man-of-the-match was Ryan Richter. Picked up largely as a depth/cover squad player, he had a solid game in all areas of the field and may well prove to be the best ‘value for money’ signing of 2013.

Gallery for this game : HERE