TFC Get The Amway Shaft 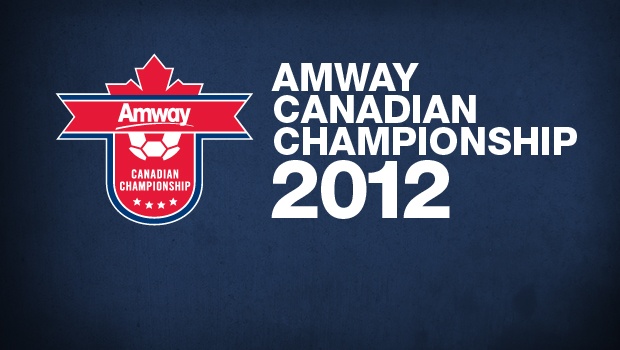 You know I thought that being a defending champion was supposed to mean something. Apparently it does not mean much to the Canadian Soccer Association, who this week released the format for the 2012 edition of the Voyageurs Cup (sponsored by the monsters of multi-level marketing…”Amway”… more on them later) to decide Canada’s lone participant in the CONCACAF Champions League.

In the 2012 tournament Toronto FC will be matched up with the Montréal Impact and the Vancouver Whitecaps will face NASL side FC Edmonton in the preliminary round to determine who gets the chance to lift the Voyageurs Cup. First leg prelims will take place on May 2nd with the return legs one week later on May 9th. The two legged final games will happen on May 16th and May 23rd respectively. If Toronto makes the final round I would assume as three time defending champions they would have the second leg of the final at BMO Field.

Almost a year and a half ago I wrote in this space (I can’t believe sometimes I‘ve been at this for that long!) about what I saw as a possible future format for the Voyageurs Cup Tournament and since they essentially followed what I proposed back in 2010 I guess I can’t complain in hindsight. You can read what I proposed here: http://bit.ly/VCupProposal .

The Reds are three time defending champions (I never get sick of writing that!) and with all due respect to the Impact I think it is fair to say that Toronto should be the favourite to beat what will be an expansion team after all this spring and to get back to the finals. Some might be surprised that TFC as defending champions did not get the opportunity to play FC Edmonton, the only side in the tournament that will not be playing in MLS this season, but to their immense credit the Alberta newcomers finished ahead of the Impact in NASL last season and are deserving of their seeding. Who knew after all that an expansion side with mostly unknown Canadian kids playing in a pretty tough league would finish ahead of the vaunted Impact who were supposedly preparing to enter MLS last year. And actually the success on the field for Edmonton was probably one of the most under-reported Canadian soccer stories from last season. Bottom line Edmonton deserves all they have earned.

So barring something weird, like Montréal beating TFC for the first time ever in this tournament, the Reds will hopefully have a chance to hoist the cup for the fourth time this spring.

The other little issue that appears to getting under of the skin of a lot of people about this little tournament of ours is the fact that multi level marketing giant Amway Canada is now officially sponsoring the tournament and that it is being re-branded officially as the “Amway Canadian Championship”.

For me there is no problem in a slimy heartless multi level marketer convicted of actual criminal activity in Canada that saw them pay fines of over $50 million in penalties, choosing to put their name on the tournament. I will watch the ads in the away game telecasts, glance at their signage at the games and thank them for at least stepping up to help out Canadian soccer, but that’s where it ends for me. This tournament was always to me at least the Voyageurs Cup and that is what it will always remain. And for those that are getting their knickers in a knot over Amway I would respectfully ask where they were last season? Nutrilite (an Amway division) sponsored the tournament for three years previous to this one and maybe because they have a less visible name and reputation than the somewhat tainted reputation Amway has probably allowed many to not get too pissed off over them getting involved in the tournament.

Don’t get worked up about Amway folks. The cheques (so long as they don’t bounce) are probably drawn on the same account they were last season anyways.

And TFC is still the odds on favourite.