What a week for TFC ! First we had Tim Lieweke cleaning house with Kevin Payne, Earl Cochrane and Pat Onstad all heading for the exit, and then, our new chief sets supporters boards and social media alight by refusing to quosh the re-emerging rumour of an Argos move to BMO if they no longer have a home at the Rogers Centre. A day later former TFC head honcho Tom Anselmi drops a resignation bombshell (jumping before being pushed perhaps?). Its not even the crazy off-season shenanigans we have come to expect from TFC so to top it all off, the perpetually slumped* Reds then head west and succumb to our worst MLS defeat of the season, a 4-0 thrashing at the hands of Portland.     (*not sure ‘slumped’ is a word in this context, but we cant be ‘slumping’ when we have been habitual bottom feeders all season so it fits!)

I dug deep into the archives and pulled out this really old scan of a ticket … Its from season 1 and our “grand opening” game against Chicago back in May 2007. Those were simpler times, enjoyable times, the day Danny Dichio scored Toronto FC’s first ever goal in the 24th minute of a 3-1 victory to spawn a song we still sing today at 23:18 of every match … but even back then you had to wonder about TFC’s timing … This “grand opening” came a week after we had played and lost to Kansas at BMO Field in our real home opener. But lets not spoil the moment or split hairs too much, lets revel in it for a second and remember all the good times that we have had before … it may be the only way for us “Day One-ers” to summon up the energy, enthusiasm or motivation to endure Season 8.

The Chicago ticket is relevant to the rest of this post in more ways than one. Unlike now, it epitomises a time where everyone had optimism and enthusiasm, and for me at least, it was a game that you know you would never have missed for (almost) anything which is in sharp contrast to the midweek game against the Fire on Wednesday.

My original idea for this post when I thought about it over the weekend was to comment on the happenings of the last week, and how I felt about each of those, especially the Argos rumour, but everything from the last 7 days has been done to death on the boards and on other blogs so instead I found myself writing about my own feelings about TFC in general and how, for the first time ever my reason for considering not going is that “I can’t be arsed!” …..

The reason for this post today is that whilst sitting in traffic heading to work this morning, I was mentally going through my schedule for the week and encountered a dilemma. TFC will play Chicago on Wednesday evening, and that’s normally a no-brainer for me, tell my carpool passenger that I am headed downtown after work on game-day, pack my TFC gear and camera in the car that morning, and head for BMO when the time comes. Job done. However, for possibly the first time ever, I wonder if I can actually be bothered going this week.  I have missed the odd game before, but not through choice, even when the reds were playing far worse than they are now … My list of missed (home) games runs to 1 this season, 2 last season, and 1 or 2 per season going back over the previous years. A total of around 10-12 home games in the lifespan of the Reds. All of these have coincided with events I cant get out of, with vacations abroad, or with other family commitments, but this week I am free on Wednesday evening, I just don’t know if I actually want to go !!!

Will TFC, MLS, or MLSE care that I seem to have reached that point of ambivalence? Probably not, but the one thing that gives me hope is that I do still seem to care, otherwise there would be no dilemma in the first place …. so maybe in truth I haven’t quite reached that point. I hope not. I love my Reds, I enjoy the company of my friends and fellow fans on a game day, and every season, I cling on for more because someday it will get better, it has to, and I will be proud to say that just like the song, I have been there through all of the highs and lows. I keep telling myself that the highs will feel so much sweeter having suffered the lows, but the lows just keep coming with only occasional glimpses of potential highs.

Looking to inspire or re-invigorate my enthusiasm for the final four home games of the season, I turn, as most of us do these days, to the Internet, because we all know it is always right and is a bastion of sensibility in this cruel world (  😉 ) …. and the first thing I find when looking around is an article by Daniel Squizatto on CSN. This was written before the departures of personnel last week, but the overall article kinda sums things up nicely for me and I can see my opinions/feelings in a few of the points made …..

So what do I want to see in the remaining four home games to make me feel a little better? Two things really, and neither are mutually exclusive.

Wins ? Yes, these would of course be nice. There is nothing better than leaving BMO with a smile after a winning performance, but they have been few and far between in recent seasons. For the first 3 seasons, we improved at home each year with 5 wins in 2007, 6 in ’08 and then 8 in ’09. Since then its been a downward spiral 6, 5, and 3 home wins in the next 3 seasons and only 2 so far this year. the one upside to this year is that we have (so far) lost less games at home that we did last year (which was our worst season for losses at BMO). The graphic below shows the home record and trends. Is it impossible to believe we could win 2 of our remaining 4 home games to finish one win better than last year, or maybe even 3 of them to emulate 2011 … That might even be called progress? The final 4 games are Chicago, Kansas, DC United and Montreal so 2 wins is definitely do-able and with the final game of the season being a derby with Montreal – where anything is possible – then it may be reaching, but its not beyond the realms of possibility.

Good Play ? I see improvement in TFC this year. That may sound contra to my previous comments, or the notion that we are terrible, but individually I think we have some decent young players who can step up a gear and become better players and we are definitely better defensively this year compared to last. However, as promising as some individual performances or players have been, it is the team work that is lacking right now and that comes with experience and familiarity. Look at the age of the squad and see how many of our squad are 21 or under (7 – with 5 of them regularly getting a start and arguably two of them being our best players this season – Osorio & Laba), how many are between 22-26 (14) and how few are over 30 (only 5 including Danny K who is as good as gone in my opinion, and has been all season).

The youngsters are our future and with nothing left to play for, I would give up the wins in my previous comment for a chance to see more of these lads get a chance in the last 4 home games provided we saw 100% effort (I will always applaud effort, even if we lose). We do need the older heads to provide that backbone of experience for the young guys, but lets see the likes of Aparicio, Agbossoumonde, Bekker, Welshman, Rey, Urutti, get some minutes. Lets give Bendik a well-earned rest and get our chance to (probably) say goodbye to Frei, or throw Roberts into the mix. If other (relatively) young players are still in the plans for next year, then lets see them too … Braun, Bloom, Elmer, Thomas. Lets not throw the baby out with the bathwater so to speak and end up making the same sort of mistake that we seem to have done with Sturgis (who is having a pretty good season this year) for a lack of playing minutes, or repeating the worst mistake we made this season in trading Luis Silva who I believe is a player we could definitely have kept in our young core and we got worse without him.

So its a fairly simple wishlist … give us a flourish to end yet another disappointing season, or a chance to see players who may not have had many minutes this season but are still in the plans for next season and who are hungry to perform and will put some effort into proving they should still be at TFC next season …..

PS – See you Wednesday !!! Seems writing this post was at least a little bit cathartic, and TFC havent yet pounded every last ounce of enthusiasm out of me so I am now definitely leaning towards attendance …. although the forecast is for thunder that night so where TFC fail, mother nature may succeed !

EDIT: ….. And just as I hit publish on this post, word reaches the TFC faithful through Twitter that TFC have now traded Maximiliano Urutti to Portland for Bright Dike, a player just returning from an ACL injury ! 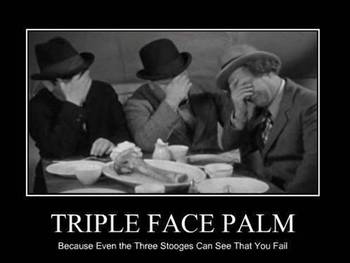 24 days ago – when Urutti signed – the official line was “We are thrilled to finally get this deal concluded for Maximiliano Urruti. He is a player that we have been aware of for nearly two years and we have scouted him extensively in person.“.

Coach Ryan Nelsen also seemed to be on board and said “Maximiliano is a promising young striker and he is a natural goal scorer. He has great character and work ethic and we are really excited to have him join Toronto.“

Really … if you cornered some movie bigwigs here in Toronto this week for TIFF and pitched them the story of TFC as a potential movie, they would laugh in your face at the plotlines being too unbelievable … even the Sharknado producers !!!!