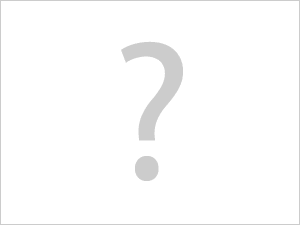 A win is a win is a win. And for that matter so is a loss, or even a draw. And at the end of the season no one win draw or loss means more than any other. That is what logic says. Three points earned in October mean as much as three in March do. They all count the same.

But tomorrow feels a little different than just another game does it not?

Since the MLS campaign ended last October when the Reds won a meaningless match against fellow cellar dwellers DC United there has been only two constants with this club, controversy and change. And tossing a loss last week onto the pile of woe, when TFC was defeated in Vancouver only increases the tension within the fan base and the pressure on the club to put a win on the board.

And tomorrow sees a lot of pressure on this club to have a positive result.

Notice how I said “positive result”. The Reds do not necessarily have to win on Saturday to take something positive from the match. What they need to show is significantly more heart across the board then they did last Saturday afternoon in Vancouver. Possession for the sake of possession must mean something or the boo birds might come out again the way they did late last season.

TFC has an expansion club on the docket again this week so there is no excuse not to push them and push them hard. TFC must improve on their defensive play, of that I think we can all agree.  And Coach Winter must find some way to either re-jig the starting four defenders and/or find some tactical approach that allows the full backs in particular to not be found as wanting as they were at Empire Stadium last week. Adrian Cann and Dan Gargan are simply not the answers out wide.

Offensively there were some positives last week to build upon. Maicon Santos in particular looked great. Not only did he score a TFC goal of the year candidate he also passed through a delicate pass to DeRo that led to TFC’s other goal. And DeRo’s goal was well taken for that matter as well.

One thing I am particularly looking for tomorrow on the field is more width and wing play. New signing Alen Stefanovic, who is on loan from Italian powerhouse Inter Milan might see action Saturday. Stefanovic and another recent newcomer in the form of Javier Martina need to work the ball deep into the Portland end and work on creating more crosses into the box for players like Maicon, DeRo and maybe even Alan Gordon, who is also now finally able to suit up for TFC, to capitalize upon. Last week in Vancouver the Reds were only able to earn a single measly corner kick and if you remember the 2010 season numbers the club earned by far the least amount of corner kicks in all of MLS in the last campaign. They simply must improve on one single corner kick opportunity from a week ago. And corners may be a worthy barometer other then wins and losses to measure how well this new system of play is actually working.

Silviu Petrescu is the official in charge of the game tomorrow. TFC has seen him in MLS action on five separate occasions since 2007. MLS is doing Toronto a favour here. The Reds have not had a better record with any other official than with Petrescu, earning four wins and only one loss. TFC has outscored their opposition 11-4 in those matches. He was also the official in charge way back in 2007 when TFC earned its largest home victory ever in a 4-0 rout of FC Dallas.

In four games against the Reds in his time with FC Dallas Kenny Cooper cemented his place as arguably the greatest TFC killer to date. In only four matches played versus Toronto Cooper scored six goals, three of them from the penalty spot. And Cooper is the centre piece of a Portland attack that was out scored 3-1 last week in their league debut, with Cooper scoring a meaningless goal late on in the match. Cooper will have his tail up tomorow considering how well he has played at BMO Field in the past and Adrian Cann and Nana Attakora need to find a way to handle him without giving up penalty kick opportunities.

I think the lift of the home crowd, the pressure placed upon them, and the the fact that Portland appear to be much more of an expansion club than Vancouver are reasons enough for me to bravely predict a 2-1 TFC victory on Saturday.

And in a shameless plug I hope that some of you will be picking up a copy of the TFC game day programme tomorrow. Within it I have an article that I hope you all get a chance to read and enjoy. In it I try to speak to why going to our stadium to see our team with our friends and our families can lead to some of the best memories you will ever have despite what happens or does not happen on the field.

See you all at BMO Field tomorrow and look out later this weekend for my customary post game video blog.