Losing Tuesday Not The End Of The World for TFC 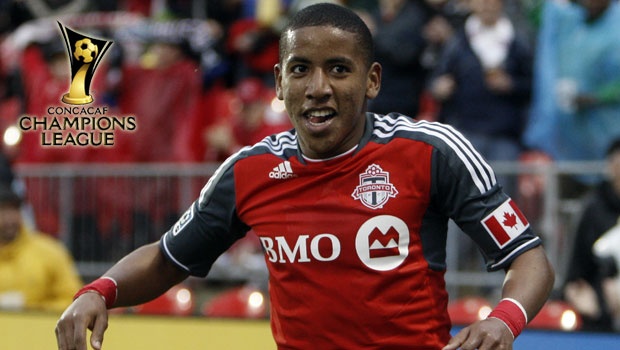 Going into the Dallas game on Tuesday there are probably only two on field questions that remain to be answered by Aron Winter and Toronto FC. First what is the status of Richard Eckersley and will he possibly feature in some way in the game?

And the second is who starts in goal? Will it be Milos Kocic, who had started most of the CONCACAF games this season and has proven recently that he has the ability to play at this level? Or will it be Stefan Frei, the longest serving Toronto FC player?

Pretty awesome don’t you think? Here we are in October, after the DeRo insanity, the revolving door on the locker room, bad defeat after bad defeat, with players (and more than one by the way) throwing hand grenades into the TFC clubhouse on the way out the door, and of course the many moments of collective hopelessness we all saw sprinkled with a few moments of the opposite of hopelessness along the way… here we are. Toronto FC is playing in what is for all intent and purpose is a cup final on Tuesday evening.

I am going to enjoy the feeling that for only the second time in the history of the team they are playing a huge game in late October that has implications for the future of the club.

Now without a doubt Toronto FC are not the favourites going into this match. Dallas has bounced back from a poor run of form recently with two wins on the trot in the past week. Brek Shea scored a beautiful goal this weekend past versus Vancouver (well worth a look YouTube). And there is the little matter of Toronto FC never ever winning in Dallas. The record for the Reds since 2005 in all competitions is zero wins, one draw and four losses. The draw was one you might remember well from 2008. Marvell Wynne famously gave up a hand ball/penalty in the 88th minute and Kenny Cooper salted away the comeback in injury time. That is the closest TFC has ever come in the past to doing what it is they need to do on Tuesday.

There is a future for this team win lose or draw in Texas Tuesday, a future that perhaps is brighter today than it has been in five plus years of existence. Frings and Koevermans are looking both like the leader and goal scorer respectively the team have needed since day one. The Academy will have a new home next summer. And home grown kids like Morgan, Stinson and Henry will be blooded experienced professionals. Yes there is still a glaring hole in the central defence, yet the return of some injured players in the off season and the probably of reinforcement on the backline might just get TFC to MLS respectability. And Aron Winter, particularly recently, is starting to look less like a rookie manager than he did eight months ago. None of those realities will change based on the outcome in Dallas on Tuesday, whatever that outcome turns out to be.

I am going to be bummed if TFC loses on Tuesday. Seriously bummed. But not bummed enough to forget all the good that we have seen since the summer.