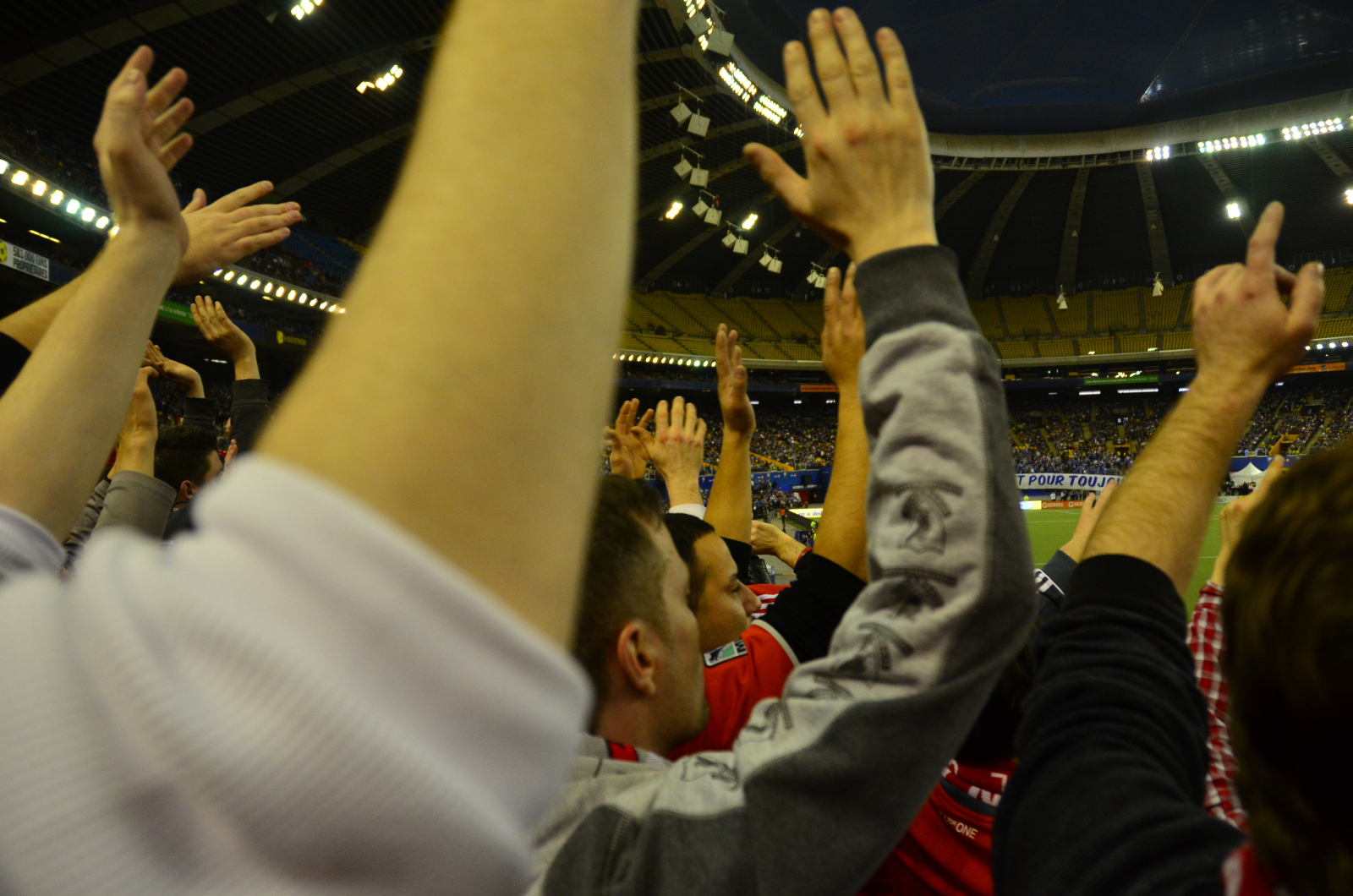 I posted on the message boards last week, and talked on the bus on the way to the game, about how Baldomero Toledo gets a bit of a bad rap, or at least an exaggerated one, from TFC fans. I had opined that “his first 4 games set the bar as really ugly, but the next 8 were largely uneventful” …. trust me to open my big mouth !!! The inept whistler was back to his awful worst in the Big ‘O’ at the weekend and once again tried to make the headline all about him. He succeeded !

Prior to this game, Toledo had reffed 12 TFC matches and had overseen 4 TFC losses, 3 TFC wins, and 5 TFC draws. The losses came in his first 4 games and 9 of the 21 yellows and 2 of the 3 reds he had awarded against us also came in those games … so perhaps the reputation that saw him become the first referee to require a police escort from BMO field at the end of each game was deserved. [singlepic id=11117 w=320 h=240 float=right]However, the next 8 games were a draw, 3 wins, then 4 more draws along with a total of 12 yellows and 1 red … and there was even one game where he did not book anyone on the TFC side that day !!!! Maybe he had mellowed or improved? Certainly, other refs started to overtake him in terms of the groans coming from TFC fans when they heard the name – Jair Marrufo for example (21Y/4R in 9 games!), or Yader Reyes (14Y in 5 games), but fear not, the Brylcreem smothered Baldomero is back to his best (or worst), normal service has been resumed, and he is top of the pile again in TFC fans’ disdain for referees.

Anyhow, here he is dominating this post as much as he wanted to dominate the headlines from the 401 Derby, so for now we are done mentioning him and how bad he is …. (but he will doubtless pop up here and there like a bad smell).

[singlepic id=11082 w=320 h=240 float=left]If anyone deserves congratulations this weekend – other than Montreal who did manage to win the game 2-1 – it is the travelling support. For various reasons, I missed the invasion of Columbus in 2008 when 2400 TFC fans descended on Crew stadium, and also the “Miracle in Montreal” when the number of supporters numbered in the hundreds rather than thousands, but was equally impressive, if not more so, given that it was a midweek night game !!! so when TFC announced tickets and buses were being organised for TFC fans for this match, I knew I was not going to miss this one.

[singlepic id=11083 w=320 h=240 float=right]The advance parties headed to Montreal on Friday in the TFC version of “Planes Trains and Automobiles” and with hundreds of tweets and messages being posted by the end of the day, those of us preparing to go later, or on Saturday morning just had our appetite whetted even more. TFC had organised 10 buses for fans and we duly turned up at Lamport Stadium between 7AM and 8AM on Saturday morning ready to head for what we hoped would be a historic game. One which would not only break the record for away fans at an MLS game (already held by TFC for the game in Columbus in ’08), but also see us head back along the 401 with a precious 3 points.

Olympic stadium is a crumbling old relic, built in the 70s, about the same time as most of the ageing Impact Squad were born, and although still somewhat impressive on the surface, perhaps it should be retired soon … again, like most of the Impact squad !!!  Inside, it was like a BMO field reunion … so many familiar faces, so many laughs, and so many hopes for the new season. TFC were back, and the 2013 vintage has so far proved to have a lot more spirit and determination.

[singlepic id=11154 w=320 h=240 float=right]Not going to cover the game in-depth in here, but do want to mention two things about the ambience !!! First was the excellent response from TFC fans to “the wave” started by Impact fans. What is this? the 80s? Kudos to U-Sector and Red Patch for responding to it with a spontaneous yet almost co-ordinated display of single finger salutes, with the bonus of drawing a fair few boos from those L’imp Acts. Secondly, I thought fan sections were supposed to generate atmosphere organically? Those with real supporters – like TFC and others – do at least. It took a while to work it out as we were side-on to the screen, but we eventually figured out that the seemingly random bouts of applause and nonsensical noise rather than chanting was a result of the baseball like urging on the big screen to make some noise and generate a forced atmosphere … I guess they had to as U-Sector and Red Patch outsung them all day !

[singlepic id=11150 w=320 h=240 float=left]It seems strange to say it, but despite a loss in Vancouver, and this loss in Montreal, there are plenty of positives to look at. TFC is not the finished article, and we may not make the playoffs, but this is not the TFC of 2012, or 2011, or any other season where we have flattered to deceive….. This TFC side are not going to lie down and accept defeat, they are going to work hard and make life difficult for the opposition and pull off a few shocks along the way (like beating KC last week). If a team does manage to take three points from TFC they will have to earn them rather than be handed them on a silver platter. That, to me – a seasoned watcher of one of the ‘lesser’ teams in the Scottish Premier League, where it is as much about heart as it is skill – is progress. I cannot and will not lose faith if the team is giving everything it has and comes up a little short. Its when heads go down, effort dwindles, or toys are thrown from the pram that I get angry and TFC have not looked like doing that so far this season! We have scored 3 and conceded 4 in our first three league games, won our only home game so far and earned 3 points, whereas at this point last season we had scored 1 and shipped 7 in three straight defeats including two at home and as everyone knows, went on to be pointless for the first 9 games….

[singlepic id=11217 w=320 h=240 float=right]In terms of stats, there were no real biggies this weekend, other than the fact that this was the first Montreal-Toronto derby game for both managers. By the end of the season – assuming neither leave or get fired – that will be increased to at least 5 ! No TFC players made a debut in this game, the starting lineup was unchanged from the previous week (which may be a bit of a stat on its own), and no player milestones were hit.

If we are scrambling to find any milestones, lets go with this one which gives me an excuse to use the photo on the right of Ecks and Schallibaum getting into it at the end of the game …. It was Richard Eckersley’s 75th start for TFC in all competitions. and that puts him 5th in the list of players who have made the starting lineup for TFC behind Stefan Frei (96), Jim Brennan (92),  Carl Robinson (83), and Julian De Guzman (79).

GALLERY for this game HERE