Mariner At The Helm for TFC 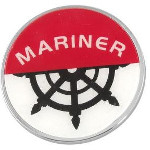 I write this with all due respect to Major League Soccer, a league and a product that grows in affection with me with each passing season, but going back to watching Toronto FC slog away in what is probably at this point a lost campaign after some of the wonderful soccer we have seen over the International break from the Canadian National Team at BMO field and of course the Euros is going to be like driving a Chevy after riding in the back seat of a Maybach. The Chevy works fine but it does not exactly get you there is style.

Not that I won’t be watching of course. There are a ton of new storylines and angles that this “new” era of management might bring to Toronto FC starting Saturday night in Kansas City.

On the Fan 590 Thursday new Head Coach Paul Mariner told Nigel Reed on air that his intent was to try and put “…square pegs into square holes…” when it came to his starting eleven and to the formation/tactical approach he intends to use. That of course is a significantly different approach than his recent predecessor Aron Winter who slavishly adhered to his 4-3-3 vision in spite of the obvious challenges he faced on the personnel side of things to implement that vision. Interestingly Mariner in the interview also tried to play down the “tactics” talk that many journalists and supporters have speculated over in the past days by essentially stating that the best players to hit the pitch will probably dictate the formation and the tactical approach. The “Mariner Way” might also see a level of tactical flexibility that we never saw under Aron Winter that could see the club change the tactical approach based on the circumstances and the opponents they faced. That for me was arguably Aron Winter’s fatal flaw as a manager.

This new pragmatism might not look pretty and we will have to see if it will work out of course over the course of the next twenty four regular season games and the four Champions League games coming later this summer. What I do hope is that Mariner tries to find a middle ground between the Aron Winter style of free flowing passing/attacking and the bunkering/defensive approach of a coach like Preki which was arguably the least attractive approach that TFC took in its short history. I want the team to win but we forget sometimes that this is entertainment and I want the club I support to at least try and push its opponents for wins. Preki Ball is not the way to win back wavering fans. Entertainment is almost as important as results are at this stage in my humble opinion.

Buy In From The Locker Room

Talent, or the lack thereof, is one thing. Effort is something else entirely.

Paul Mariner will go a long way to cementing his position with Toronto FC if he can find a way to motivate his charges to put more of an effort into their games than the club often could be accused of not doing game in and game out so far this season in MLS play. Rumbles from the dressing room I have heard speak of continued existence of cliques (a reportedly long standing issue at Toronto FC), and the dissatisfaction of many players with the approach the club was taking. Whatever approach he chooses to take and whatever starting eleven he chooses to field the hope is that the players leave their hearts on the field. Kansas City and its new park are a notoriously difficult place to go to and Sporting, a recent spate of injuries notwithstanding, are a very tough home team. Toronto too many times in its history has rolled over and turtled on the road. Mariner will start winning converts Saturday if he can show that his players play hard in tough environments for ninety minutes win lose or draw.

A new Manager should mean a clean slate. And that clean slate is for EVERYBODY.

I hope that some players who have recently been riding the pine or spending most of their time playing in the reserves might get a chance if of course they are deserving. I hope that the coaching staff that Mariner is inheriting is given every chance to earn his trust and have a fair shake at keeping their jobs long term, again if they are deserving.

And perhaps most importantly I want TFC supporters to forget about 1-0-9. It is what it is at this point. Supporters should have three criteria for success going into the new era,at least until the end of this 2012 campaign. We are in the Champions League Group stages again, albeit in tough. Hopefully the Reds can find some miraculous way to make it out of their group or at the very least take a real good run at it. We have a new neighbour down the road in Montreal that I desperately want TFC to catch and pass in the MLS standings. And I want my club to play hard each and every game win lose or draw… home or away.

We as supporters deserve nothing less.