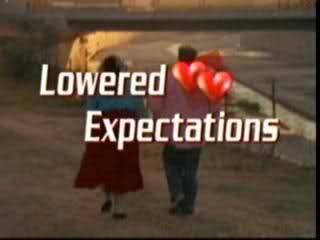 Maybe I am getting more mellow as more dark brown hairs on my head are gradually getting replaced by grey ones.

Maybe I am just too tired to be angry anymore.

Maybe I simply want to have fun at the stadium again.

Whatever the reason or reasons might be I have decided that the only way to get anything back at this stage of the season on the investment in time, passion and actual Canadian currency I have put into supporting Toronto FC is to lower my expectations a little bit and just enjoy the spectacle that my Reds will be putting on display Saturday versus the Fire.

If the Reds get anything less than three points Saturday I am going to be disappointed certainly but I am not going to put a paper bag over my head or start booing the players off the field if they don’t when the final whistle rings out. Nor am I going to accept it as I want this team to succeed, but getting really angry kind of defeats the purpose I believe.

I spend thousands of dollars annually of my paupers salary from my day job supporting this team. Whether its merch (big ass keeper jerseys cost a lot of money), overpriced beers, chip butty’s, season tickets or expensive road trips (let alone all the time I try and put into this endeavour you are reading now) I spend it willingly because I love this team, I love the shared experience with my friends and comrades in the south end on game days and most of all I want to be part of the special moments when they come…

And the special moments will come again (i.e. Rogers Centre, 23:13, Montreal Miracle, Columbus Invasion, Cruz Azul @ home won’t be the only good memories folks!) and will come again hopefully sooner rather than later. And as I know that many of you do the same as I do with your dollars and hours I simply ask what is the point of spending the time and treasure many of you invest supporting this club if at the end of the day you are not letting yourself have any fun win lose or draw?

So what if the Reds have scored only two goals in five league games and their most talented striker (Danny Koevermans) is ruled out for Saturday due to injury. Maybe its time for Ryan Johnson to shine!

Torsten Frings is back! Adrian Cann is one game less rusty! And Dan Gargan can’t score in back to back games against us can he?

I don’t like that the Reds are where they are and that the only goal I have seen with my own eyes that they have scored in the league came in that decrepit stadium in Montreal and not in Toronto. But getting on the players backs (although a somewhat  understandable reaction to a degree) and booing them is not going to help the team turn this season around. Not showing up or leaving early or spending more time in the beer garden rather than in the stands is not going to help either.

If you are going to BMO Field Saturday all I ask is that you leave your anger in your other pants and try and remember why you decided to become a fan in the first place.

No one ever guaranteed you it would be easy.