Ben Rycroft over at Canadian Soccer News is reporting today on their Friday It’s Called Football broadcast (and you should subscribe and listen to the podcast if you do not already do so: http://canadiansocernews.com) on multiple rumours his team have been hearing over recent days that are saying that there are real rumblings out there that TFC midfielder and designated player Julian de Guzman may be near to leaving Toronto FC and heading back to Europe.

And I for one hope it happens and happens soon.

Whatever the reasons and circumstances have been the reality for me is that Julian now personifies much of what was wrong with the Mo Johnston era in Toronto, an era that the club is still struggling to emerge from. Julian was signed to a huge contract to a large extent from supporter pressure. de Guzman is a player that commanded a high wage to play in a role that did not address either of the two critical needs the club has been deficient in from day one, a strong central defense and a money goal scorer. In fact Julian plays the type of game that any number of colleagues in MLS play almost as well or even better for a significantly lower wage.

His salary (through no fault of his own – TFC chose after all to give him $1.7 million) no doubt contributed to the soap opera that was Dwayne De Rosario here in Toronto in the past season and how that soap opera became such a distraction for the team.

And with due respect to him, I do not think that he has been even close to the leader that a player of his experience, pedigree and ability should have been in Toronto. Julian is not a goal scorer and I think most TFC supporters understand that. But even in his defensive midfield role I can probably count on the fingers of one hand the games where I have seen him play up to the level of his talent and ability. The Cruz Azul game last season in Toronto comes to immediate mind.

But at the end of the day I think, talent and ability of the player notwithstanding, that this experiment has not worked and that it is in the interests of each side for the contract to be terminated or bought out or whatever mechanism is used to end the relationship.

There are those, perhaps at this point a dwindling by the day few, that think that those of us who do not think Julian de Guzman has a place here in Toronto are ignorant of the game or ignorant of the subtleties or nuances of the particular type of game that Julian plays. Fair enough I suppose. Everyone is entitled to their opinions. I for one do not profess to be much more than a fan of the sport and of this club and I do not profess to possess as fully a nuanced knowledge of the inner working of what an international class midfielder does on the field more than what I see with my own eyes.

But what I can say with a full degree of certitude is this. Julian de Guzman is a good footballer. But he was never the right footballer for Toronto FC. And that is not going to change now. He needs a change of scenery. And the club needs to take the large chunk 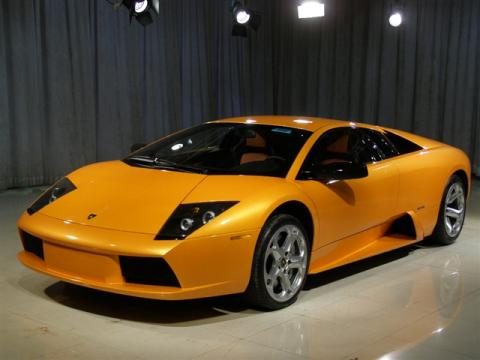 of resources tied up in the wrong kind of player and re-task them towards addressing the two needs this club has never fully addressed in five years of existence, namely recruiting a true commanding centre back that can keep TFC in games by shoring up the back line and a real “garbageman” kind of striker that can be brought in to score goals out of the kind of poor service a striker often gets in a league like Major League Soccer.

When he arrived in Toronto Julian famously had his $250,000 orange Lamborghini Murcielago shipped from Spain to Toronto and he rolled up to BMO Field in it on more than one occasion. Now perhaps its time to see if he can get a trailer hitch installed on a Lambo and rent a U-Haul.