If Mo Goes Does The Drama Go with Him? 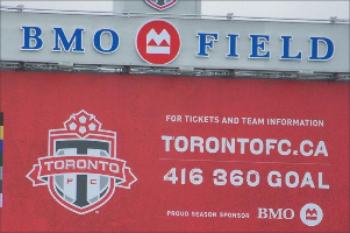 By now most of you have probably seen or read about the interview former TFC Interim Coach Chris Cummins did yesterday with Kristian Jack of The Score. I posted a piece about it yesterday afternoon linking to the video if you have not seen it.

On top of  these revelations, we hear today that former TFC Coach John Carver will be speaking to noted MLS reporter/blogger Ives Galarcep today. Scuttlebutt tells me that John is expected to defend Mo Johnston and potentially refute many of the things said about Mo by both Ali Gerba and Chris Cummins in recent days.

I guess we will have to see about that.

In a message I posted on a supporters site earlier today I opined on if Mo is becoming the story more than the team, then would Anselmi and the MLSE brass potentially be looking at making a move to get rid of Mo Johnston sooner rather than later?

I got some flack for that position. One friend of mine said that I am actually part of the problem. By talking about Mo day after day I am encouraging fans to focus upon the drama and not spend enough time focusing on the team.

Guilty as charged I guess. Myself, most TFC bloggers, many Toronto journalists and thousands of Toronto FC fans are also guilty with me.

Toronto FC play tomorrow evening against Montreal in a competition for a trophy that is vitally important to many TFC fans. I personally know individual supporters that actually chipped in their own money to buy the Voyageurs Cup. It definitely means a lot to them. We have no idea what the composition of the squad on the pitch will be tomorrow evening. Few of us are actually talking about our opponents. This is the closest thing we have to a derby game.

Saturday TFC travel away to Salt Lake City in a match that may be very difficult on three days rest. Hardly a peep about Saturday have I seen or read so far.

Dwayne De Rosario was chosen as MLS Player Of The Week and we collectively hardly mentioned it.

And here we are once again talking up the Mo Johnston story.

For the record I am not a fan of Mo Johnston, and that is an opinion I have long held. I said at the end of last season that getting rid of Mo before the end of the 2010 season does not make the most sense to me as I do not see it having as much on field impact as many fans think it would. Mo said last year that if we don’t make the playoffs he expects to be fired.

But it all comes down to Tom Anselmi and MLSE at this point. The crux of the Mo Johnston “issue” now for MLSE should be this. Is the situation that has developed around Mo become a distraction and detriment to the team’s on field success? Is Mo “damaged goods”? Do the stories and innuendo coming out impair his ability to do his job and improve the squad? Would his ouster improve the atmosphere in the dressing room? If it will then perhaps they will make a move and sack him sooner rather than later.

If not then there needs to be some effort on the part of MLSE to take the focus off of Mo and put it back on Preki and the players. And at this stage that is going to be a huge challenge in and of itself. I am not sure that it is in his character to open up and be as forthright as he needs to be, but answering the critics directly with clear answers and not doublespeak would be the only way to go if I was advising Mo on how to try and move on with the job.

And with due respect Mo, threatening legal action against critics does not make the story go away. It only fans the flames.