My Take On The CCL Group Stage for TFC 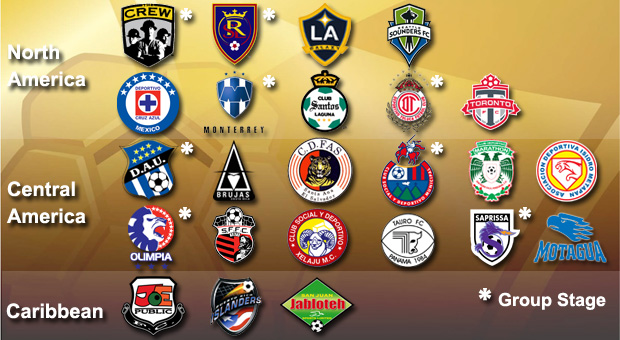 I have to admit I am still having trouble getting over that damned game in Panama last season versus Arabe Unido that in retrospect cost Toronto FC a chance to advance from the group stages into the knockout stages of the Champions League. In some attempt to keep TFC’s slim at the time playoff hopes alive Preki did not take the match as seriously as he should have and toss in borderline corrupt officiating along with a contemptible lack of sportsmanship from the “Arabs of Panama” and there went TFC’s chances of advancing from a very tough group.

A win in that now infamous game considering how the other results played themselves out would have given TFC just enough to advance along with Real Salt Lake into the knockout stages, a point ahead of Mexican powerhouse Cruz Azul. Oh what could have been!

At least there is no fiction this season of “playoffs” to allow Aron Winter and company to get distracted from their only realistic chance of success this season… advancing out of the group. Now lets not deceive ourselves here. Getting out of the group they are drawn in this year will be as tough or tougher than it was last year when they faced Real Salt Lake, Cruz Azul and the Rat Bastards of Panama. And on the menu this season are in no particular order top 3 MLS team and MLS Cup finalists FC Dallas, Mexican Clausura Champions Pumas of Mexico City and Panamanian side Tauro FC.

In many respects the draw this year looks very much like last season. This time the Reds face another powerhouse from Mexico, a very strong MLS side and a bunch of relatively unknowns from Panama… Look familiar?

Last season it took the miracle win at home versus Cruz Azul (I still think TFC’s best ever game played) early on in the competition to give them some hope of advancing. This time it is the first game in Panama next week that will go a great way towards determining their fate. If Toronto FC can go to Panama and deal once again with what will probably be harsh conditions and harsh officiating, let alone that famous Panamanian style of play (two and a half twists in the pike position off the springboard…. degree of difficulty 2.6) and them come back home and find a way to get a result from FC Dallas then they have a fighting chance to qualify, or at the very least make the remaining four games in the tournament interesting.

Last year in the four Champions League groups getting to second place (and qualification for the eight team knockout stage)  took ten points in three of the four and twelve points in the other group. So three wins and a draw might be enough to do the deed. Running the table against Tauro and beating FC Dallas at home (tough but possible) gives TFC three kicks of the can, two against Pumas (home & away) and Dallas away to secure a single point.

So Tauro away and Dallas at home are the first two matches on the schedule. If TFC can win both matches they will give themselves a fighting chance, & four games then remain to secure four points. Any points from Pumas, and I am not giving TFC much of a chance to get anything from them, would make qualification even more likely.

The first hurdle for TFC though might not turn out to be the Panamanians, or the travel, or whatever sketchy pitch they have in store for the Reds in Panama. I think it is going to turn out to be Cuban referee Marco Brea, who CONCACAF has chosen to officiate the match in Panama next week. He has never officiated any TFC matches before but he has been active in International matches recently including the Gold Cup and the FIFA Under 20’s.

In the last five International matches he and his team have officiated this year Mr. Brea has handed out 22 yellows and two red cards. On average he has called a foul roughly every three minutes based on the results from these five recent games. So just like in Real Esteli last week the Reds will need to play clean and not give this apparently trigger happy official any chance to become the story the way he usually does.

Finally on the officiating theme am I the only one who finds it curious that the first eight matches in the Champions League next week have no officials in charge from North America? There are four American and one Canadian club in the group stages this year out of sixteen clubs overall who made it this far (as you can see in the above graphic courtesy of CONCACAF). There are no American or Canadian officials that are going to be involved in these first eight matches. All the referees for these matches come from Costa Rica, Suriname, Panama, Mexico, El Salvador, Honduras, Barbados and Cuba respectively. I know CONCACAF and many others might consider Mexico as part of North America. However geography and football are two very different things.

It might be interesting to see how many fouls and cards the “Gringo” clubs have on the books after the first round of games.