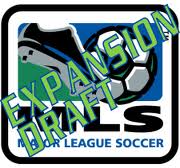 Tuesday evening MLS released the protected lists of players that Montreal Impact can choose from for their entry draft coming up on Wednesday of this week.

Here are the eleven Toronto chose to protect:

And here is the list of players left unprotected:

TFC can lose no more than one of these guys, or they could lose none of them depending on what Montreal decide to do on Wednesday.

I took a sta

b last week at trying to figure out which way Toronto would go and I got nine out of eleven right. My only mistakes were guessing that TFC would protect defenders Adrian Cann and Dicoy Williams. Instead Ty Harden and Andy Iro were protected instead. And surprisingly it looks like young up and comer Peri Marosevic is unprotected and not still under a Generation Adidas deal. Marosevic left unprotected was frankly a bit more of a shock to me than Harden or Iro being protected was. He might now be the most attractive player on TFC’s list.

Julian de Guzman was for the second year running left unprotected. I think that leaving him open to be grabbed two years in a row is more a reflection on his awful contract than what it may say about how he played last season.

The armchair managers out there are of course judging the selections, and the inclusions of Harden and Iro are being criticized most of all by a lot of fans on first reflection. Of course we do not know much of what Winter and Mariner know about all the reasons why some players are on the list and some are off. Perhaps there is a deal in place with Montreal already to protect the TFC players. Sometimes trades take place that see expansion teams not touch a specific club’s unprotected players for assets like allocation or draft picks. There could be contractual reasons for putting players on the the unprotected list that fans do not know about. Adrian Cann for example is coming off a severe injury and he is out of contract. Andy Iro is signed and healthy… and he earned roughly fifty grand less than Cann did last season.

So before we all jump down the throats of TFC’s front office for making the choices they made lets remember two simple facts. First the Reds might lose one player, or no players… we will see on Wednesday. And we need to remember that a lot more went into the decisions made than we probably will ever know.

Hopefully Marosivic stays. If De Guzman goes then TFC will be out from under an onerous contract.

Either way the interesting off season is officially underway.