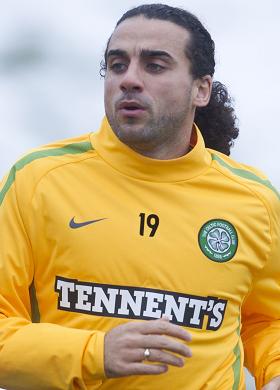 After the weekend past Dwayne de Rosario might very well have cemented his place as Major League Soccer Most Valuable Player for 2011. Well respected MLS pundits such as Sports Illustrated scribe Grant Wahl, Steven Goff of the Washington Post, Ives Galarcep of “Soccer By Ives” and Fox Soccer in the US and Toronto Sun soccer reporter Kurt Larson are all touting Dwayne potentially as a consensus candidate for what is just about the only individual honour he had yet to win in his illustrious MLS career.

Against a strong R

eal Salt Lake side this weekend past DeRo scored a “natural” hat trick with three straight goals in the first thirty odd minutes of the match, a match that saw his DC United side remain in playoff contention. He also set up Andy Najar’s goal in the thirteenth minute of play. The goals were a lovely header, a screamer from about twenty five yards out and a 30+ yard curling free kick that Beckham himself would have probably added to his highlight reel.

Not a bad night’s work!

If you are counting that is now a league leading thirteen goals so far for DeRo in MLS play to go along with eleven assists, thirty nine shots on goal and a staggering ninety two shots taken. And there of course was that hat trick against TFC a while back when his side was down to ten men for most of the match.

And Dwayne has done all this during a season of professional upheaval that saw him leave Toronto, essentially get turfed out of New York and end up in Washington DC. Hats off to him. Without his contribution to DC United I think its safe to say that there would probably be no way that his new team would be anywhere near playoff contention at this late date in the MLS season. That is in my books more than enough reason to consider him for the the MVP of the league.

But all of this is not enough reason for TFC supporters to start trying to revise history and state that it was some sort of mistake to get rid of him when TFC did.

One year and one day ago was when it started to really crumble for DeRo here in Toronto. In his now infamous “cut me a check” stunt Dwayne chose to take his contract dispute with the club onto the most public of places, the pitch, during a nationally televised game that TFC had to win if there was to be any slim chance of getting into the playoffs. Of course the Reds lost as we all know and the story after the game became Dwayne and his on field antics instead of the game itself.

And in January there was the “trial” at Celtic. Early this year Dwayne shows up photos published by some Fleet Street papers training with the Scottish club. And without re-hashing all the details here there was without a doubt some communication breakdown between TFC and Dwayne considering that the story from both sides about the “trial” was diametrically opposite from one another.

DeRo was traded in March to New York for Tony Tchani, Danleigh Borman and New York’s first pick in the 2012 draft. Tchani was subsequently traded to Columbus in exchange for Andy Iro, and Léandre Griffit. Iro of course has had well documented struggles here in Toronto and Léandre Griffit has been nothing more than a spare part to date, making a grand total of one second half appearance in a Champions League tilt versus Dallas so far.

So many in Toronto might be reflecting on all of this and looking at the return the Reds got  for a potential League MVP of Andy Iro, Léandre Griffit, Danleigh Borman and the proverbial “hope” such as it is from an extra US college draft prospect next season and may be asking if it was all worth it in the end.

But so soon people forget.

The contract dispute between DeRo and TFC was of course well known across the league and it was also a well known fact that his on field skills notwithstanding, Dwayne was going to be a hard sell to anyone. DeRo was (and still is) in the last year of a contract that he had publicly rebuked and that any club taking him on would be taking on at the very least a contractual headache.

There was also the well documented history of DeRo being almost a constant malcontent when it comes to whatever salary/contract he was playing under during the past number of seasons dating back to at least 2006 in Houston (http://viewfromthesouthstands.com/2010/10/no-go-for-de-ro/). Getting rid of Tony Tchani was I feel more of a mistake than anything in this entire saga from TFC’s perspective as I really felt that he was the player in the entire story here that had the most upside going forward.

Whether DeRo was completely correct or completely wrong in doing what he did in his time in Toronto is at this late stage beside the point. Whether the club screwed him at every opportunity and broke promise after promise after promise is beside the point. And whether the “truth” such as it might actually be falls somewhere between what the club and DeRo say is the truth is also beside the point. At the end of the day Dwayne and the club realized that his position as a TFC player was untenable and that he had to leave. There was no way that the damage done to the relationship could be salvaged.

And no MVP award for Dwayne de Rosario this season is going to change that history.

It was a tragedy for both the player and the club that it could not work out to everyone’s satisfaction. I for one hope that he wins the MVP this season. Any hard feelings I had for him left with him when he left Toronto. But as a TFC supporter I have no regrets that he is no longer here. Simply put Dwayne had to leave.

It is time for all TFC supporters to finally move on.