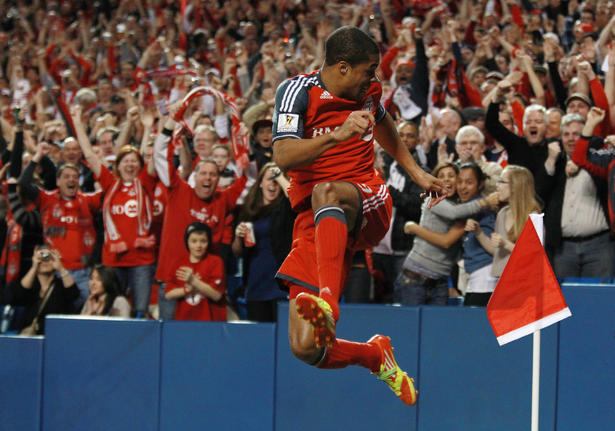 So it looks to me like CONCACAF no longer likes the underdog.

In the coming years all of us that support Toronto FC will I think fondly look back at last season’s Champions League Run and the ton of great memories we all share. And getting as far as the club did is perhaps going to be a feat that will be extremely hard to duplicate in future seasons. Getting within three games of qualifying for the FIFA Club World Cup where they would face the likes of UEFA Champions Chelsea in a competitive (though likely one sided) fixture is looking more and more like a high water mark for what we might realistically expect from any CONCACAF appearances we might make going forward.

And unfortunately that includes this upcoming campaign as well.

You see CONCACAF has decided to reconfigure the Tournament this year to get rid of the qualification stage which saw TFC in previous years play Puerto Rico Islanders, Motagua and Real Esteli for a chance to get to the group stages. And instead of four groups of four clubs with the top two in each group qualifying for the knockout stages as before, now there are eight groups of three clubs with only the winner advancing out of the group into the knockout rounds. Second place means nothing anymore. Last campaign it meant everything for Toronto FC.

And Toronto has been unlucky enough to once again draw Santos Laguna as an opponent, the club that thoroughly demolished the Reds in the semi finals last season to advance to the finals (which they eventually lost to Monterrey) and who are currently Mexican Champions. On top of that the Reds have to go to El Salvador to face C.D. Águila, who by all accounts are a tricky side and current national league champions as well.

Now unlike last season’s group stage where each side had six games to play, with two additional opportunities for underdogs to nick a result or for favourites to drop points now that has been cut down to four games each, two at home and two away.

For Toronto realistically I think that the only path to winning the group is to win out at home (or at least not lose to Santos at BMO Field), get a win in El Salvador and hope that the Salvadorans can somehow trick Santos Laguna into dropping a point or two in one of their two games together. For example last campaign it took an unlikely draw between FC Dallas and Panamanian side Tauro FC in Texas and a subsequent loss for Dallas in Panama to give TFC a shot of going to Dallas in October and having a chance to get in to the quarter finals. Dallas slipped up twice before that 3-0 defeat inflicted upon them by Toronto. And without either slip up before that October night Toronto would not have had a chance. Toronto only really slipped up once at home versus Dallas in that thunderstorm postponed morning game, giving themselves a chance to control their own destiny.

Not that the Reds do not have a chance. Of course they do!

From what I recall I do not think that a Mexican side has ever won at BMO Field. Santos Laguna, Cruz Azul and Pumas UNAM all came here and all left with something less than three points. The Reds on paper should be able to beat a club from a (due respect to the El Salvador Football Federation) an inferior league home and hopefully away. That in of itself is enough for second place but it will take some of sort of slip up by Santos Laguna versus the Salvadorans for TFC to have a chance. It is possible of course that this can happen. That is the true beauty of this sort of competition for me at least. In the group stage last year Santos lost to Real España of Honduras 3-2 on a Santos own goal. Dallas beat Pumas at home 1-0 and Seattle went to Mexico and beat eventual winners Monterey 1-0.

On a lot of luck, some excellent play at times, and on the back of winning when the chips were down time after time TFC advanced to the semi finals last year in what I think is becoming an interesting competition. And on the strength of that effort we had that special night at the Rogers Centre that I for one will remember to my grave.

Remember that night well folks. It may be a long time before we see anything exactly like it again.

The first group games will start on or after July 31st. We should be hearing ticketing details soon from the club, perhaps as early as next week.