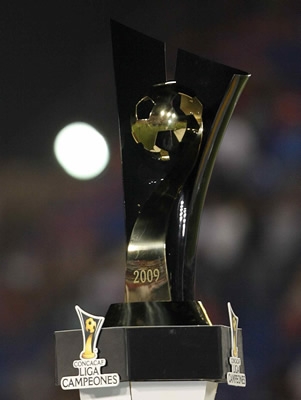 Does Aron Winter go for it in Chivas this weekend or does he rest most of his regulars in preparation for the Champions League game versus Pumas next week in Toronto? Does he try and walk the tightrope between the fact that mathematically there is still a chance for a surging TFC to get into the post season and qualification for the knockout stages of the Champions League? Or does he finally realize that this is the time that he must choose one over the other if he is going to take anything out of this season more than the Voyageurs Cup and the Trillium Cup?

And what we see come Saturday night in Los Angeles versus Chivas USA as far as lineup goes will tell us all how he intends to answer the question.

On one side there is the still mathematical possibility for a recently much improved Toronto FC side to squeeze into the back door of the MLS playoffs. Four games remain, Chivas and Philly away plus two more home matches versus the Red Bulls and New England. And the math says Toronto must win out to have a chance to qualify and even then they might still not make it as a lot of the teams they are chasing almost all have one or two games in hand over Toronto. On the other side of the ledger the four clubs TFC will face in their last four regular season games are all teams struggling right now. Chivas and Philly have one win in their last five matches respectively. The Red Bulls are a team imploding as you read this with star designated player Rafa Marquez in almost open revolt with the club and many of his teammates. New England are perhaps the worst team in all of MLS with a worse home and equal away record to TFC.

The Sports Club Stats website, that calculates playoff odds for most North American sports leagues is claiming that even if TFC run the table of these remaining games they still only have roughly a 15% probability of their 42 points getting them into the MLS post season. (http://www.sportsclubstats.com/USA/TorontoFC.html)

So if the odds are to be believed there is a little under one in seven chance at best for the Reds at this late point to qualify for the MLS playoffs.

On the other side of the ledger is the CONCACAF Champions League. The math such as it is there is a lot simpler. TFC have six points in the bag and have a home date versus Pumas next week then a final road trip to Dallas in October. If the Reds can beat Pumas (a tall order yes, but not outside the realm of possibility) they remain alive. If they then go to Dallas and get a win they are through to the knockout stages. A draw in Dallas would probably mean that they would lose second place to Pumas based on head to head play and goal difference. And if Dallas can beat Tauro next week, who now are all but mathematically out of the tournament, then they are through automatically and will perhaps not be bothered to play anything near to a best XI next month at home when TFC comes calling, increasing slightly Winter’s chances of qualifying for the eight team knockout stage.

So you are looking at winning four games on the trot in MLS for a total of six wins in a row dating back to the victory away in Columbus. Even winning in Chivas this weekend will match the Reds longest ever victory streak of three matches in a row, and they have not done that since the one and only time they did do so back in early 2008. Or you are looking at winning two games in the Champions League, one against an extremely proficient opponent at home and if you do so then another versus a club that might not have anything to play for at that point in FC Dallas in order to get out of the group.

Complicating matters are the business needs of the team. Season ticket renewals were sent out this week by Toronto FC and the club faces another hard renewal period much as they did last year that saw the club respond to fan unrest and poor results by freezing prices for 2012. Many thousands of season ticket holders have shown little to no interest in the Champions League as a product considering that the attendance for these games is averaging roughly half what a MLS game usually gets in Toronto. Many of those fans, even with the 2012 price freeze in place, are being asked to pay large sums of money in an uncertain economy for tickets to see a club that has yet to deliver on the promise of post season soccer. If many of them see a lineup made up of cup tied Eric Avila and the reserve squad in Los Angeles this weekend they might not exactly be impressed with the club placing priority on a tournament that many thousands of season seat holders have already shown that they do not care about. How many of them actually subscribe to GOL TV and are fretting over TFC lineups in away matches in September is not what I would exactly call a large number anyways.

On the other hand the most ardent supporters of the club are the ones that have shown growing interest in the Champions League and they are looking at another real chance to qualify for the knockout stages right in front of them. Toronto has its destiny in its own hands in CONCACAF. I am sure a number will look back in dismay at the now infamous lineup that Preki put out in Panama versus Arabe Unido last year and that  his choice then essentially doomed the Reds to missing out on the knockout stages. Many of the team’s most committed customers might feel very angry and disillusioned this Saturday night if they see anything close to resembling a best starting XI versus Chivas considering that an approach like that might scupper the chances of getting a win versus Pumas from the realm of hard to the realm of extremely unlikely.

Toronto has been in a nice run of form lately no doubt. Koevermans is scoring a goal a game. The defense, though still brittle and shaky at times, has improved to a degree. Julian de Guzman is for the most part playing like a designated player. Other players like Johnson, Soolsma, Eckersley, Kocic, and of course Frings, have all impressed lately to varying degrees. And most importantly the results are starting to come. But still the squad is paper thin. There is not the depth on the team to do what a Real Salt Lake did last year,  namely get into the MLS playoffs AND get all the way to the finals of the Champions League. Toronto simply put is not yet a good enough side to play a strong side in Los Angeles on Saturday and not have if effect the quality of the team it puts on the pitch versus Pumas next Tuesday.

At the end of the season the entire argument might be academic anyways. Perhaps its most likely that TFC will miss both the MLS playoffs and the group stages of the Champions League. Both are tall orders. Yet to me its clear that going all out for both prizes is not going to work. All that is accomplished there is increasing the odds at failure in both endeavors.

Simply put the Champions League is a better bet than MLS is right now. I hope my club accepts that reality and put the focus firmly where it should be, the home game versus Pumas. Winning does not necessarily mean that you go out guns blazing to win every single match in front of you. Sometimes winning in the big picture requires a sacrifice or two along the way.