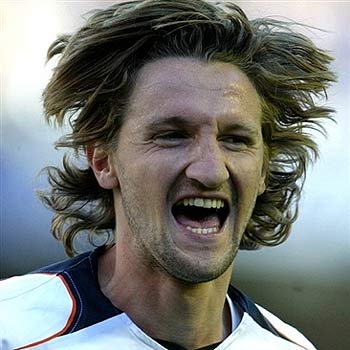 The MLS World Cup break comes to an end this evening with former TFC midfielder Sam Cronin expected to make his debut for the San Jose Earthquakes at Rio Tinto against league champs RSL. And tomorrow evening under the lights Toronto FC will play against the Los Angeles Galaxy in the team’s first competitive match in twenty days. So just to be clear….. there is a TFC home game tomorrow evening. Twenty days feels like an eternity doesn’t it?

I for one don’t hold too much stock in momentum being a big influence on tomorrow’s game considering that neither team has played a competitive match in three weeks. Ah momentum….Great when you have it. Sometimes fleeting in its duration. Hard to recapture once you lose it. This break is just like a reset of  the season with everyone starting fresh. TFC is starting this new season off in a significantly better place of course then they did way back in March. So I don’t think momentum is a big deal in and of itself in this case. I do hold however a lot of stock in our home record against the whole of MLS. On June 6th 2009 TFC lost to The Galaxy at home 2-1 on a late Edson Buddle goal. Since that time TFC has not lost a home MLS game. For those of you counting that is 12 MLS games at home since June 12th 2009 up to June 5th of this year when TFC drew the Kansas City Wizards. Nine wins and three draws means to me that TFC fans finally have one of the things we always thought we would eventually have, and that is a fortress of a home stadium.

Not witnessing a home loss since Real Madrid came to town is something that gives me confidence that TFC can get something from this game tomorrow. And the defensive display in Carson City last month against the Galaxy away when TFC earned a well deserved draw gives me some hope as well that Preki understands from a tactical perspective what he needs to do to pull out a win.

Even against the top club in the league I am fully convinced that TFC is the favourite here. It won’t likely be pretty but it will be a workmanlike 1-0 TFC win. The “Big Mo” will be restarted tomorrow evening at BMO Field for Toronto FC.

And now onto “Mista” Mo part of my earlier pun.

My good Friend Duane Rollins reported on his excellent blog “The 24th Minute” this week, that TFC has been linked to Spanish striker Mista, formerly of Deportivo la Coruna in La Liga. Here is the link:

With Sam Cronin leaving and allocation dollars coming back the other way it is most likely that TFC can afford to offer a player like Mista a Designated player contract for the very least until the end of the season. He is a proven striker at the highest level, although he has had injury issues in recent years and his goal production has tailed off. I will not pass judgement on the player or his ability to do the job for TFC as I frankly don’t know too much about him other than what I have read online. What I would like to talk about is the fact that a significant proportion of the TFC faithful in my eyes are thinking about Designated Players in the wrong way.

Not every DP has to be a Beckham, a Thierry Henry or a Julian De Guzman. A DP can be the type of player that realistically you would not be able to fit under the salary cap any other way. A striker with a pedigree from one of the top European leagues would in my eyes not likely play in MLS without being paid DP money. With a “2nd half” Designated Player contract counting as only about $167,000 against the salary cap the club could afford to pay the player a few hundred thousand above that amount to fill the need that the club feels needs addressing.

My big concern here is that TFC does not end up potentially overpaying or committing to a guy that may be no more than a short term answer to a long term problem.