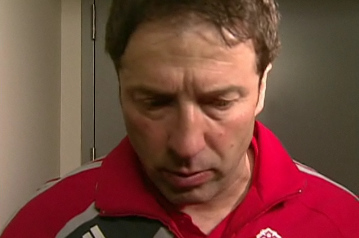 In My video blog yesterday I posted, and agreed with, what virtually every TFC observer has been saying, along with the coach himself, that Preki got it so very wrong on Saturday. And by getting it wrong he cost the club a shot at a point or even three points.

Here is what Preki had to say himself to TFC TV. I will let him speak for himself:

But unlike most critics I do not find myself being upset about the result very much at all. Because you see Saturday night was one of the first times that this team was actually coached…ever. The fact that it did not work out as planned was in a few words almost irrelevant at this stage in the development of TFC as a team.

As it has been said a thousand times before MLS is a parity league. The draft, the cap, allocation dollars, and how the DP rule is implemented are all designed to create as level a playing field for clubs from top to bottom in the league as is possible. In a league such as this it is often the pieces of the puzzle that exist outside the salary cap that can be the difference between success and failure.

In this “parity” league you hope that these intangibles will steal you three or four games a season that you would not have a chance to win otherwise. I can only think in the history of Toronto FC of maybe two or three times when coaching decisions (tactical formations, substitutions, etc.) actually led the club to pick up points they should not have had a chance in getting.

Mo, Carver and Cummins were not exactly the second comings of Ferguson, Mourinho and Guardiola were they? And Preki is no Arsene Wenger.

But in this kind league you do have to from time to time take tactical risks if you want to maximize your chances of succeeding. And with risk comes the chance of failure.

I would agree with most pundits out there suggesting that the club is not good enough by a long shot to sit its two best players and go for a grind it out point on the road. But I hope that Preki does not allow himself to become gun shy on the tactical front based on the result in Salt Lake City Saturday night.

There will be times this season when our actual first coach in team history, one Mr. Predrag Radosavljević, will snatch some points that TFC should have never have had a chance in getting. I for one hope that day comes very soon.