2013 Season Seats – Only Part Of The Solution 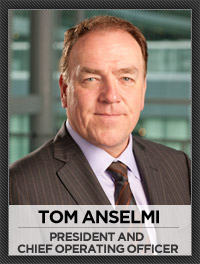 If you have been watching my video blogs for the last couple of months you will know that I was quite insistent in my belief that Toronto FC would need to offer a real price reduction for 2013 across the board if they were to staunch the accelerating erosion of fan support they have been seeing over six seasons of league futility as this arguably the most trying of campaigns comes to an end next week.

Not only did the announcement Thursday from the club on pricing for 2013 in my opinion meet that litmus test I think in a few specific ways it exceeded my expectations.

Here briefly is what the team is planning to do on pricing:

If fans renew in a real innovative and likely popular development each one of them will also be allocated one ticket per seat in their account to the opening match of Toronto FC’s 2013 MLS regular season against the Montreal Impact at Olympic Stadium in Montreal. So with the cooperation of MLS and the Impact (Thank You Joey Saputo!) the 401 Derby has the chance to grow into something huge. Last season roughly 2,000 TFC fans made the trip Easter weekend to Montreal. TFC will even be offering limited transportation to and from the event, details of which will be released in early 2013. With 60,000 seats in the Big ‘O’ you could see maybe 4-5,000 TFC supporters making the trip. That’s going to be epic.

Renewals will also guarantee access to the MLS playoffs if in some sort of miracle TFC get there in 2013.

So on top of a few innovative additions the Front Office has decided if you boil it all down to the core to do a reset to the prices that we paid in 2007. On average each fan will be paying roughly 21% less if they renew.

For an organization like MLSE, famously known for their ability to generate revenue and revenue increases in their sports properties year over year results be damned, Thursday was to me all about one single thing. MLSE finally gets that there has been grievous harm done to their soccer property and that nothing less than a significantly tangible gesture had to be made to supporters to try and start making amends then they might be past the point of no return.

Without a doubt this will not be enough for some. Many that have already decided to not come to games are not renewing. And on the top end of the price range many of those supporters might not feel that they are getting enough of a break to return. Many others are not coming back no matter what the enticement to do so may be.

Overall this is a good day…better than many days this year. But remember this TFC fans. Tom Anselmi was the person that announced the price decreases Thursday. Tommy Boy is still in charge apparently. The man who has shown that he has had no on field plan over six seasons is still the guy calling the shots. And I for one am not convinced that he suddenly has one going forward. Today was a good step, don’t get me wrong. But it is only a first step. This might staunch the bleeding. But it is far and away not the most important thing this club needs to address. This team has to get better. It has to become competitive. It has to win at home. It has to be as passionate on the field as its most fervent fans are in the stands. Nothing less will work.

Tom is a great business man, and a corporate politician par excellence. But he is not a soccer guy and he never will be.

I am pretty pleased today. I would have been over the moon if Tommy Boy would have paired this announcement with an announcement of the hiring of a real President who can put a comprehensive plan in place on the field that matches the new plan off it.